One’s experience of a home is deeply connected to the neighborhood it resides in. Just as we want spacious kitchens and lots of natural lights inside our homes, we want parks, libraries and restaurants near our homes. Consciously or not, we have all sorts of preferences related to the makeup of our neighborhoods, ranging from their liveliness to closeness of our relationship with neighbors.

So what defines the American ideal? In this, our most recent study, we endeavor to find out. 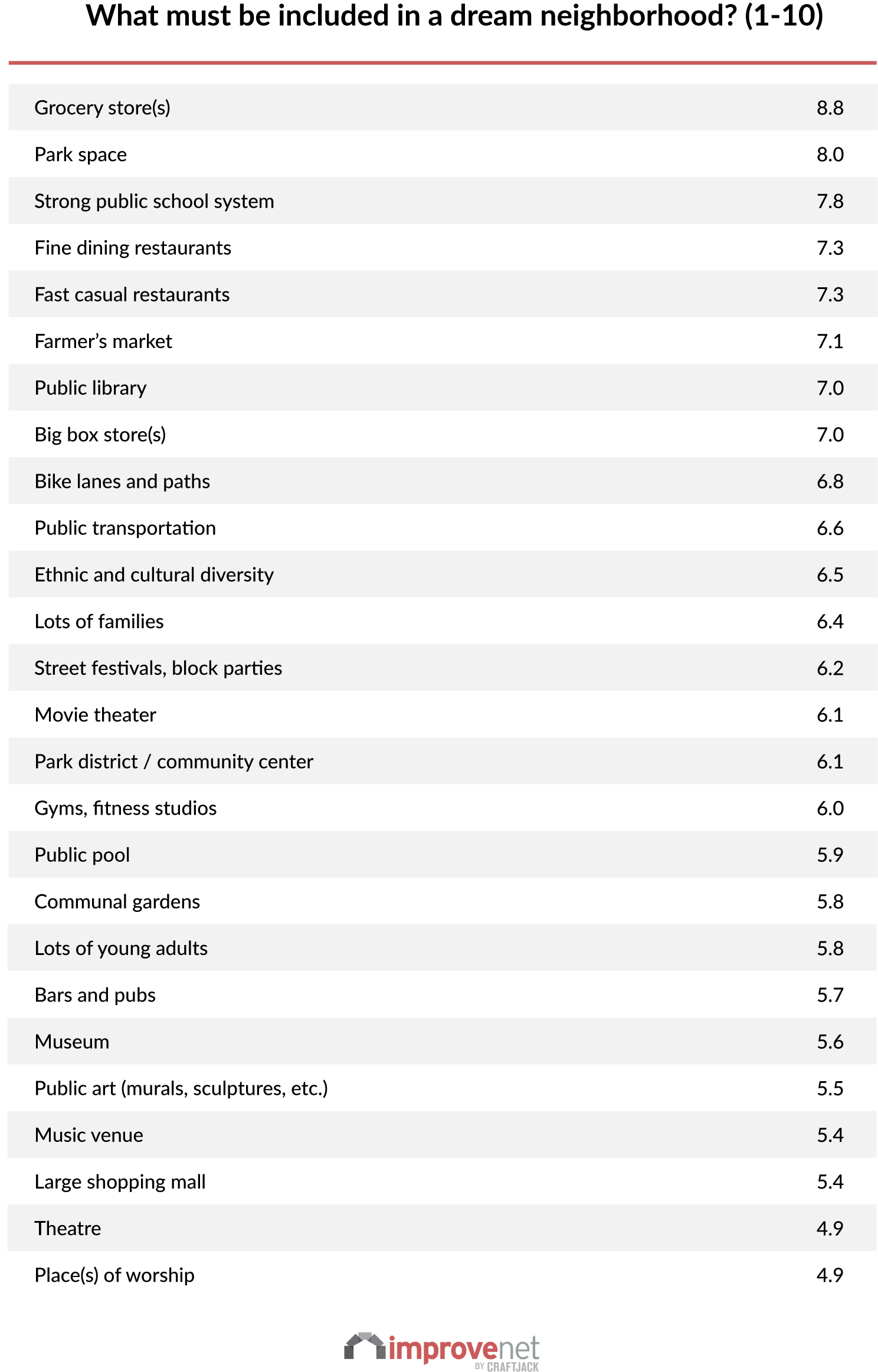 We also asked about different settings for neighborhoods, from leafy suburbs to bustling city centers.

What about relationships with neighbors? Last year we conducted a study of annoying neighbors, so we know what it looks like when things go sour. But what’s the ideal? For most, privacy trumps intimacy. 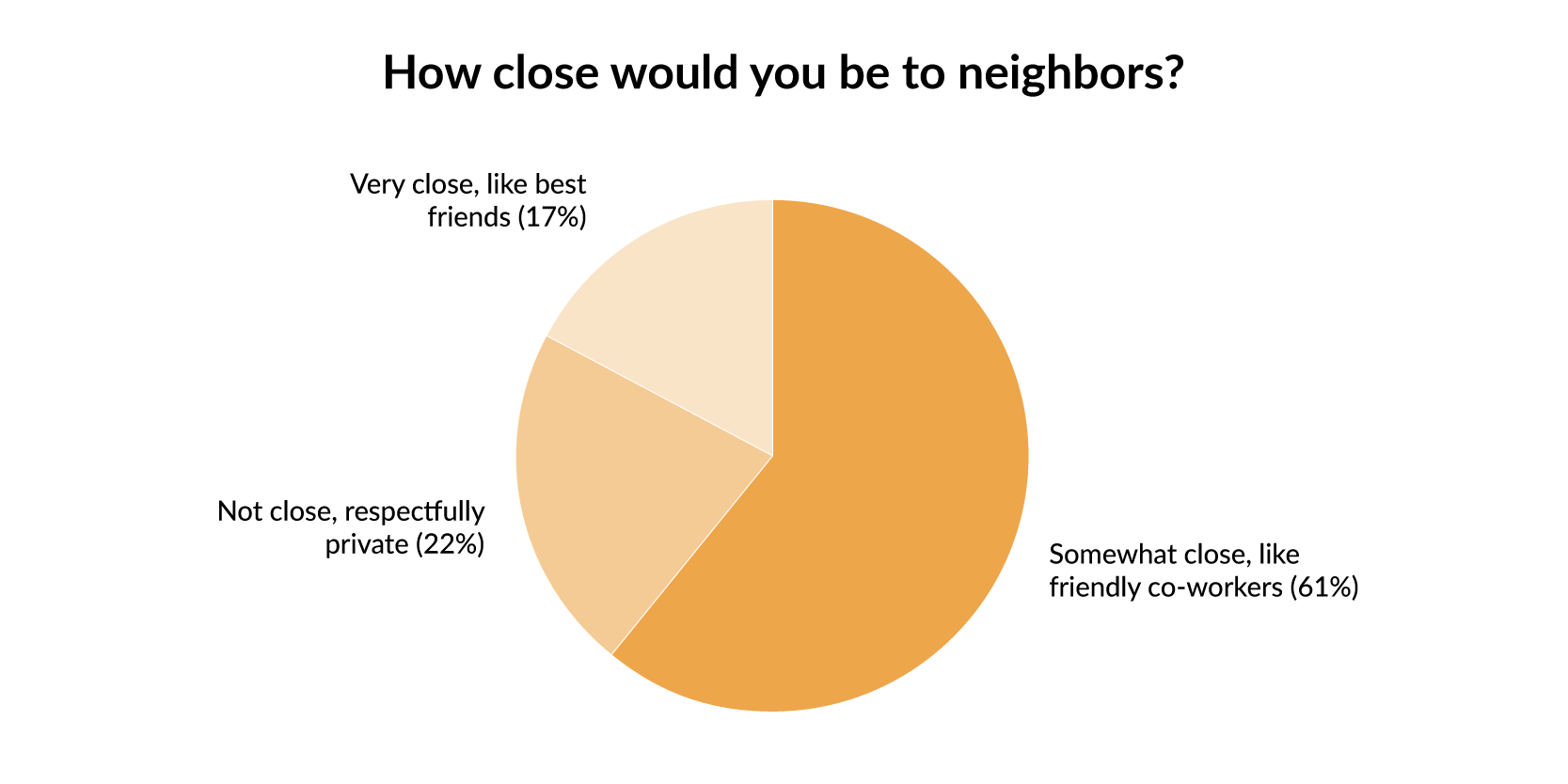 Naturally, as people climb income brackets, it’s more likely they’ll be living in their dream neighborhood already. Just 27 percent of people making less than $50K per year are living in their ideal neighborhood, compared with 44 percent of those making more than $100K. However, that means a full 56 percent in the higher income bracket have yet to arrive at their dream destination. Make no mistake, Americans love striving.

At the end of our survey, we asked one crucially important question, applicable to all ages and incomes, people from cities and suburbs alike, and to both those living in their dream neighborhood and those still seeking it: do you make an effort to improve your current neighborhood?

Forty-one percent of respondents said no, they don’t make any effort; 59 percent said yes. Of those who make an effort, the different ways are summarized below. 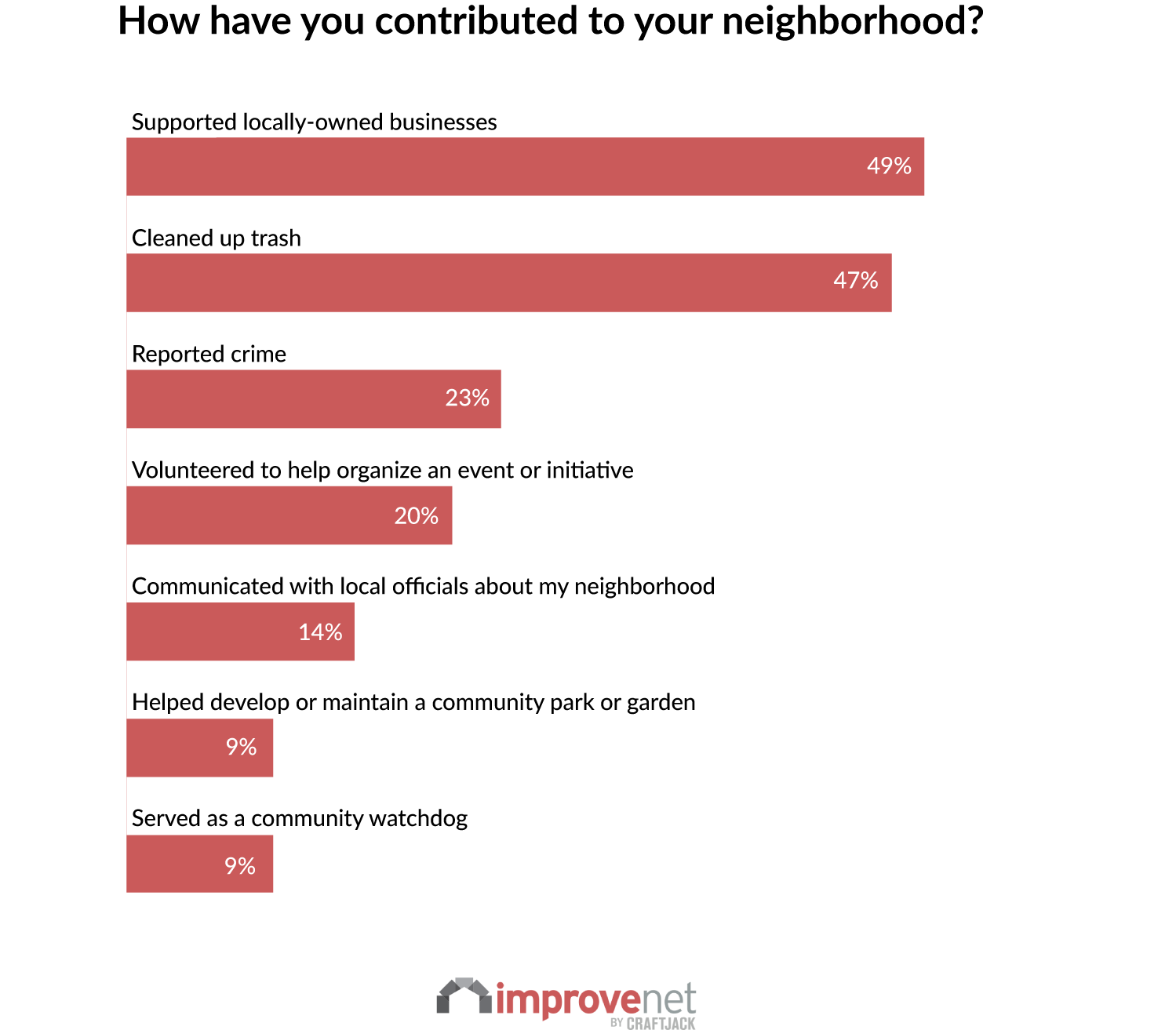