5 Ways To Upgrade Your TV Room 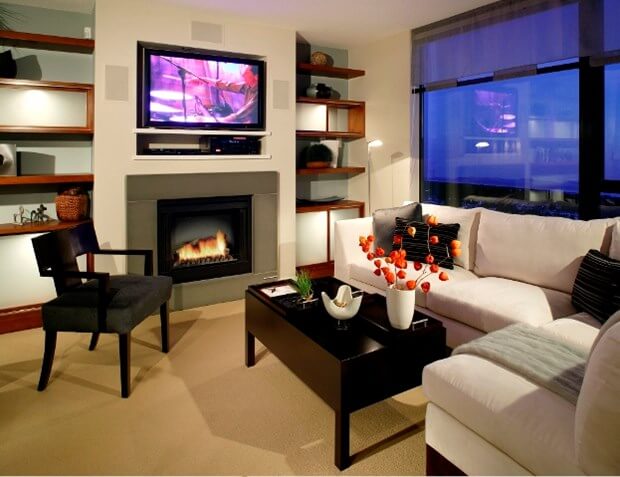 Updating your TV room is often a difficult expense to justify. It probably feels like you just bought a new HDTV last year. However, with recent cord cutting initiatives, improvements in living room technology and a new disc format, now may be the best time for an overhaul of your living room or man cave.

Here are a few suggestions to upgrade your TV room and save some money along the way. 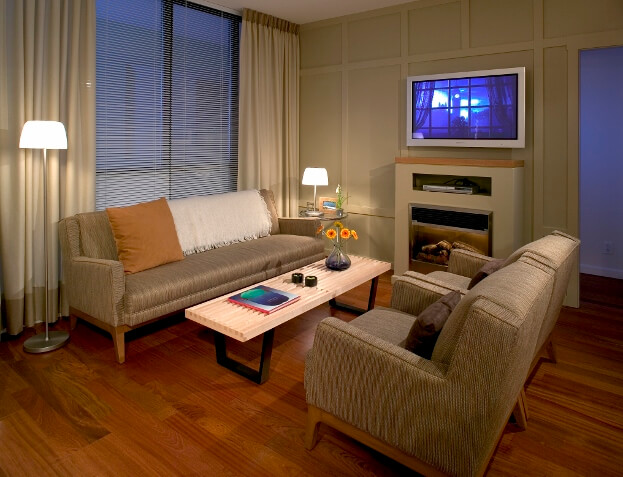 Brought on by online streaming apps like Netflix and Hulu, the recent cord cutting trend aims to eliminate costly and outdated cable boxes. Cobbling together a multitude of streaming services is still cheaper per month than cable or satellite TV and it allows consumers to watch whenever they want without additional DVR costs. With the new wave of smart TVs, you can use all of these apps directly from your television without any additional boxes.

Here are a few of the services available:

Unfortunately, none of this accounts for live television, which leaves many consumers hesitant to completely cut the cord. 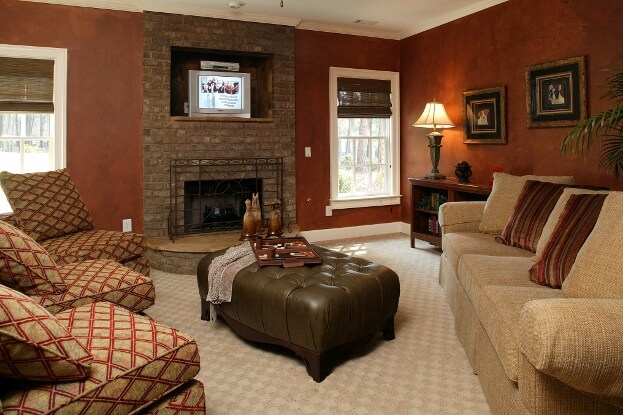 While this year’s Super Bowl was available to stream live, most other live events have yet to catch on. A blast from the past, TV antennae are making a comeback to supplement cord cutters’ live television needs. From football to the Oscars, people still want to watch things live, which is why they’re dusting off those old rabbit ears in order to catch Sunday’s game. And unlike years past, figuring out where to point your antennae is no longer a mythical mystery. For a more reliable experience, you can install a larger antenna in your attic or on your roof. 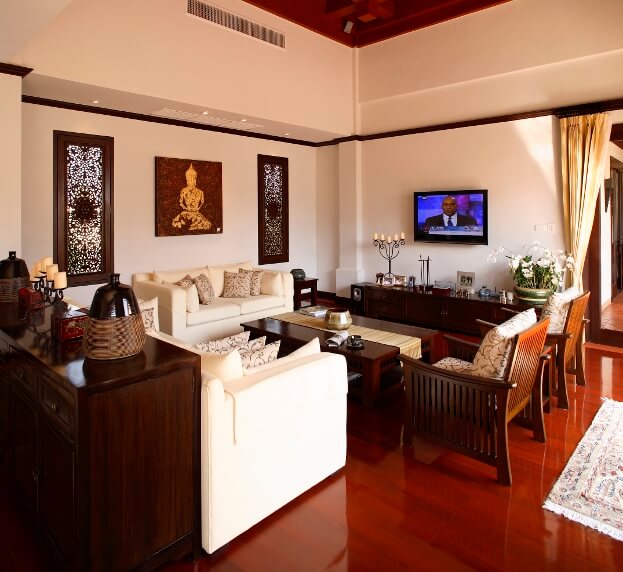 Before you return that bulky box to Comcast, you’ll want to make sure that the internet is working well. A spotty or weak Wi-Fi signal can significantly hamper your viewing experience. Netflix requires at least .5 megabits per second (MPS) to stream and recommends 5 MPS for HD streaming. If you plan to stream on multiple devices, it’s a good idea to make sure you’re getting the internet speed you need. In order to avoid any issues caused by intermittent Wi-Fi signals, it’s best to hardwire your TV or box to your router, if possible. 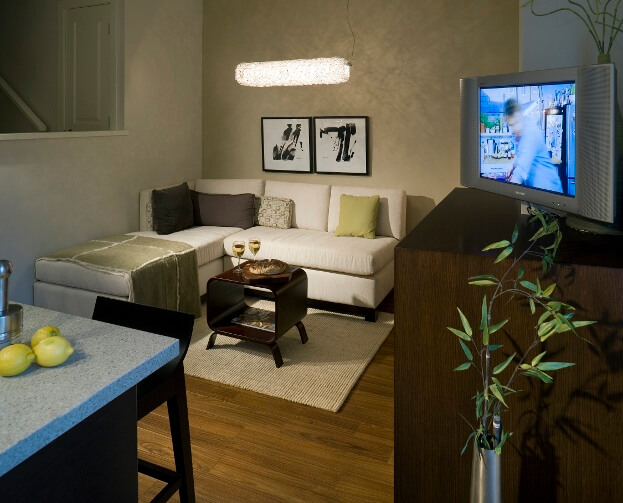 If your last TV update was from standard to high definition, you definitely need to consider an upgrade. TVs have changed drastically since the first HDTV was released in 1998. The jump from 720p to 1080p is significant, but even bigger is the leap to 4K resolution televisions. And while the latest craze is 8K, that level of resolution is mostly appealing for dedicated videophiles. However, if you’re still sporting a standard DVD player, now is a perfect time for an upgrade. Announced at this year’s Consumer Electronics Show, Ultra HD Blu-ray players look to be the last disc player you’ll need for at least a few more years and it will still play everything from an old DVD to a standard Blu-ray.

Many older HDTVs are the bulkier projection models, which take up a ton of space on your TV stand. Newer models follow the trend of thin, slim and skinny, opening up a variety of new living room arrangements.

One of the most popular and accessible adjustments you can make is wall mounting your flat screen. With a simple wall mounting kit and a few tools, anyone can easily mount a TV and consolidate all those cords in the drywall. Beyond aesthetics, wall-mounted television creates more space for furniture and other home theater décor. 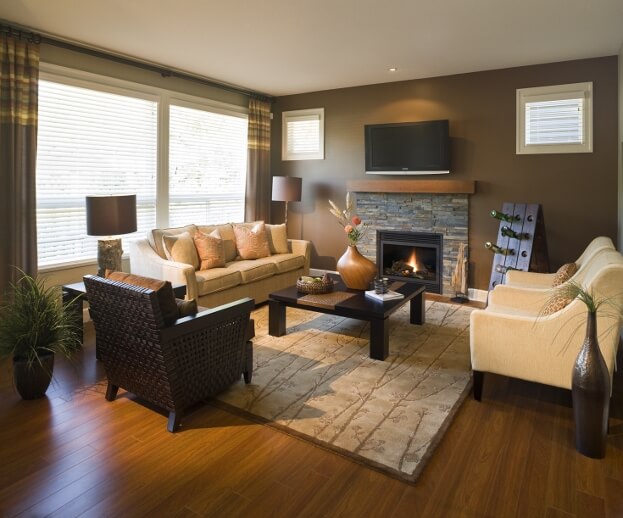 If you’re still looking for ways to spruce up your living room, there are a number of new technologies that can really elevate your home theater. Smart universal remotes that connect all of your devices eliminate the need for a pile of remotes on your coffee table. A new set of speakers could compliment the tiny speakers on your new TV. Even special lightbulbs and blackout curtains can eliminate lighting issues to create a more theatrical experience. 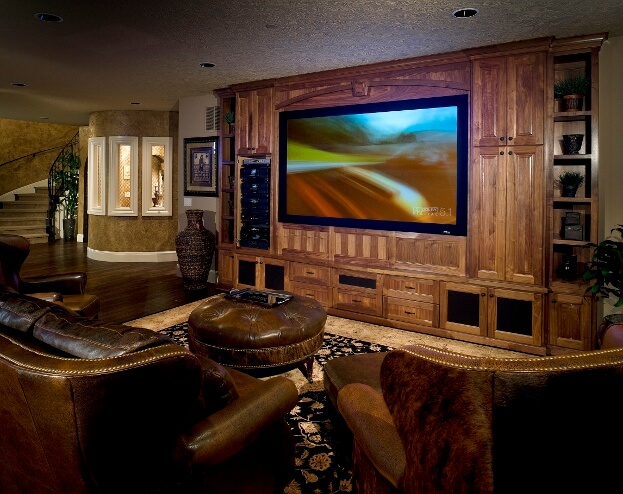 While new televisions and innovations seem nonstop, now may actually be a great time to overhaul your source of entertainment. Readily available alternatives to cable, coupled with relatively inexpensive flat screen TVs and other improvements could quickly turn your living room into your home theater room.

Ready to complete the look of your man cave or TV room? Contact a pro and receive up to four free quotes today.