9 Historical Rooms You Probably Don’t Have In Your Home 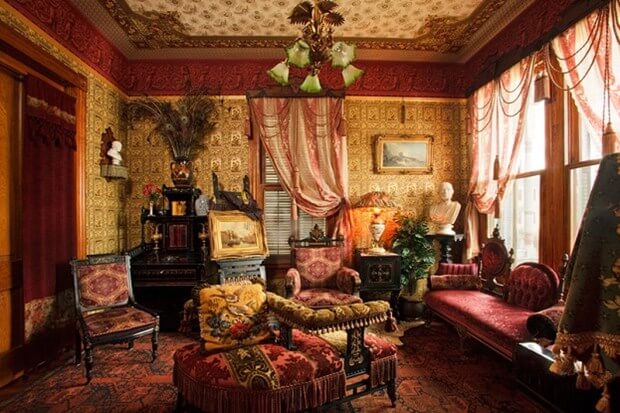 Most modern-day dwellings have four types of rooms and not much else: a kitchen, bathroom, living room and bedroom. Any additional rooms are usually just listed as bedrooms so comedian Mitch Hedberg might have been on to something when he mused, “I bought a two bedroom house but I think it’s up to me to determine how many bedrooms there are…this bedroom has an oven in it! This bedroom has a lot of people sitting around watching TV.”

However, during the architectural period known as “Back In The Day,” rooms were built for more specific purposes which are most likely not needed anymore. Here are nine rooms you probably won’t find in any new home.

Already have a room renovation project in mind? Contact a remodeling pro today for up to four free quotes. 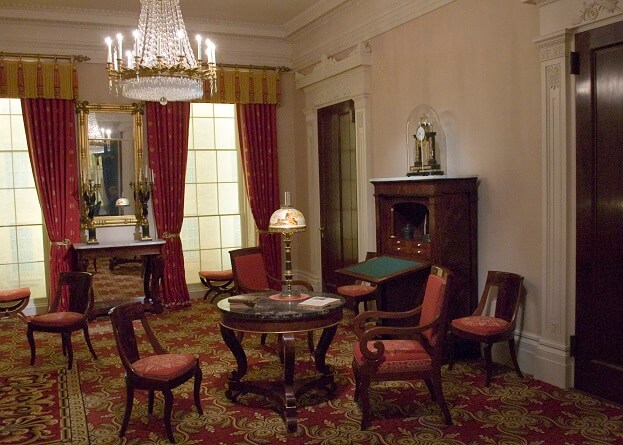 During the Victorian Era, parlors became fashionable in home building as a way of flaunting social status. Lower-class families lived in just one- or two-room houses, so building an extra room really showcased one’s wealth. So what was this extra room used for? Parlors were utilized for celebrations such as weddings or baby showers. They were also used for not-so-celebratory occasions like funerals.

Victorians would keep deceased family members in their parlor for days while mourners would visit. They’d also pose for incredibly creepy pictures with the corpse which you can look up online if you have a wish to never sleep again! During this time, the parlor was also known as the “death room.”

With the advent of the car and telephone, people started getting out of the house more often and funerals, weddings and other events were held off-site. Thus, parlors went out of fashion and were renamed a much friendlier “living room.” 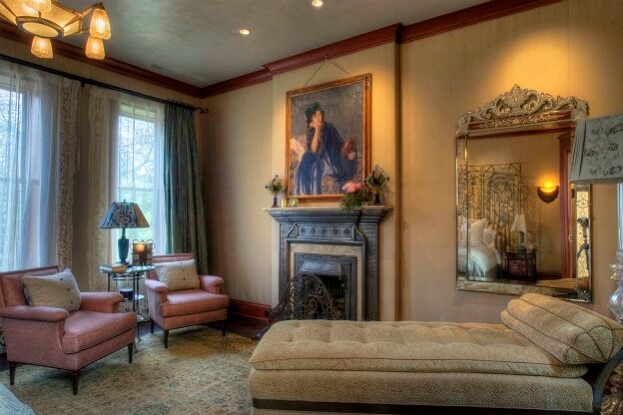 Another room popularized by those wacky Victorians was the Fainting Room. This room’s main purpose was a private place for Victorian women to lie down after fainting. Such fainting bouts could have been caused by too-tight corsets cutting off circulation, the then-called medical condition of “female hysteria” or simply because ladies of high status were expected to “swoon” and faint easily. Nowadays, if you think you might need a room to recover from your swooning bouts, you might be better suited to just seeing a doctor. 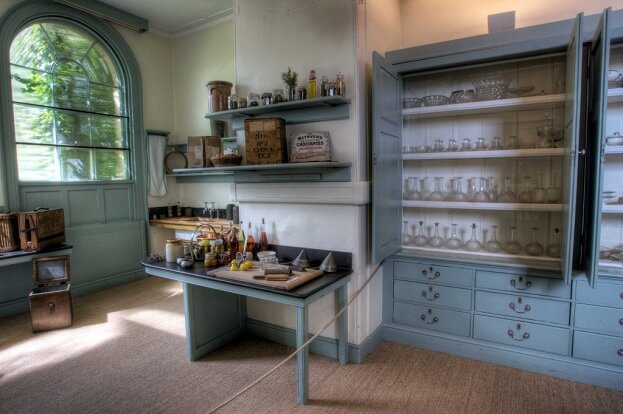 A still room was essentially a distillery found in many large European homes dating back to medieval times. The still room is the hipster of rooms today being as it was “into home brewing before it was cool.” Beer, spirits, medicines, cosmetics and other beverages were concocted in this room. The still room was an important home feature, since it served multiple purposes and helped keep occupants healthy. Home brewing is popular once again, but it’s unlikely your home has an entire room dedicated to making single malt Scotch (If your home does, please leave your address in the comments). 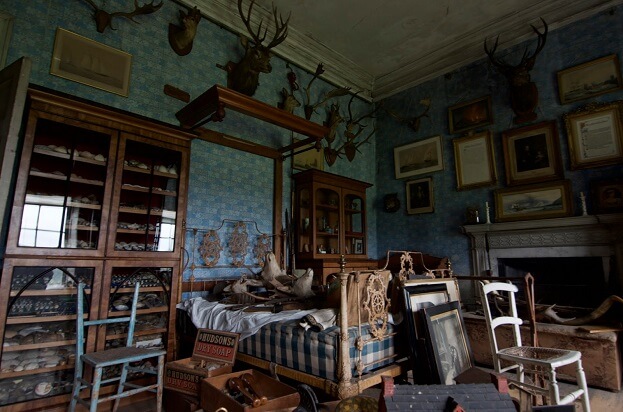 A bit of a misleading name, the Lumber Room was an out-of-the-way space where wealthy residents would keep all of the furniture and items that didn’t fit in their other rooms. The lumber room solved a major problem for people who had too many things. Over time, the lumber room became unnecessary as people learned to simply buy less furniture for their homes. Granted, people still need to store things today, but nowadays garages, attics or on top of that treadmill from Christmas 2003 seem to do the trick just fine. 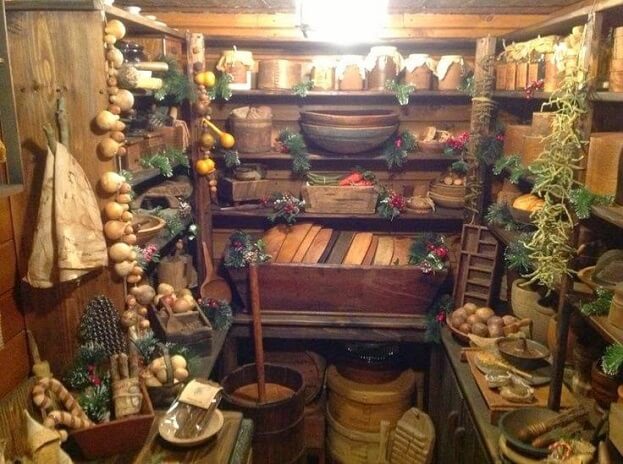 A larder was where olden times people stored their olden times food. It was built usually on the east side of a house to keep it out of the sun as much as possible. The larder was kept as cool as possible and built to keep flies and mice out. There were usually small windows covered in mesh to allow air to circulate, but kept insects out. They were also full of cabinets with hooks on the ceiling to hang cured meats. Now we have refrigerators and easy access to grocery stores, so larders are no longer necessary…unless you really want a room or small building to store your massive wealth of bacon and jerky. 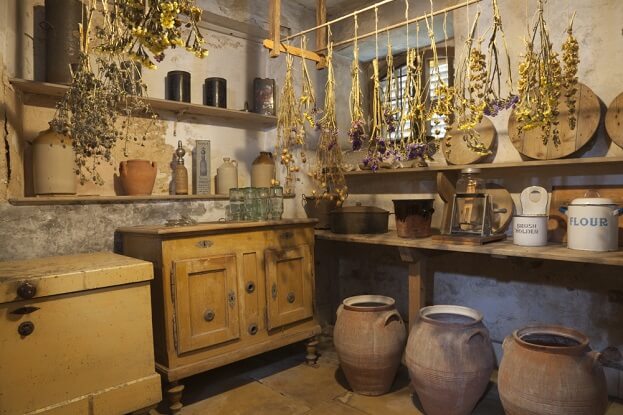 Similar to the larder, the saucery, scullery and spicery was a room associated with food preparation and storage. A saucery was primarily used for preparing sauces, a spicery was where spices were stored, but a scullery was not a place you kept your skulls, fortunately. A scullery was essentially a sink room. Their floors usually were dug lower than the rest of the house and made of solid material like stone or brick to prevent flooding. There would be a giant sink in the scullery where you just dumped any sort of liquid or food prep material you didn’t want. This sink was also used for cleaning dishes! Sculleries are still around in the military and in restaurant fields, but in namesake only. Now that we have dishwashers and an overall understanding of the concept of sanitation, traditional sculleries are unnecessary. Really, sauceries, sculleries and spiceries are now all just contained in a kitchen. Although, you could always do with a larger kitchen…

It’s pretty apparent why this is no longer necessary. Indoor plumbing is a marvel and should be cherished daily.

Technology has eliminated the need for all of these rooms. However, if you have an extra room in need of purpose, feel free to try out the above options. Although, these suggestions might be better. Either way, if you need some help with the conversion, feel free to connect with a contractor.