A Homeowner’s Guide To Animal Control Problems: What To Do & Who To Call 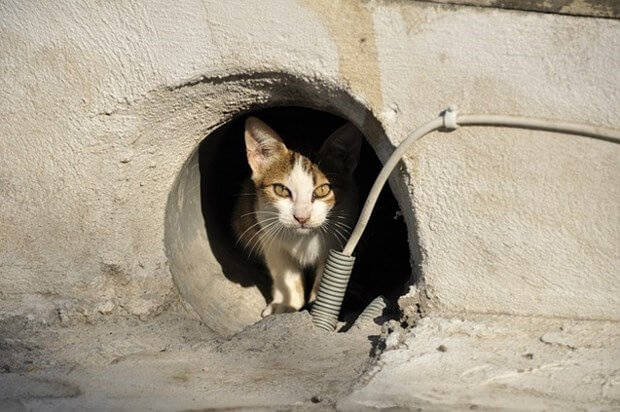 Whether you’ve just purchased a new home or you’re a long-time homeowner, it can be confusing to know how to handle an animal control situation. Lost pets, strays and even wild animals tend to find their way to all kinds of residential areas. Some are perfectly harmless, but others could be aggressive and dangerous. It’s important for you and your family to be prepared, even if you haven’t seen any misplaced animals thus far.

This will be your guide to handle just about any animal control situation you may encounter at home. From identifying the signs of a rabid animal to getting in touch with the proper agency, we’ll cover all the steps to getting the creature back to its proper home and staying safe in the process. 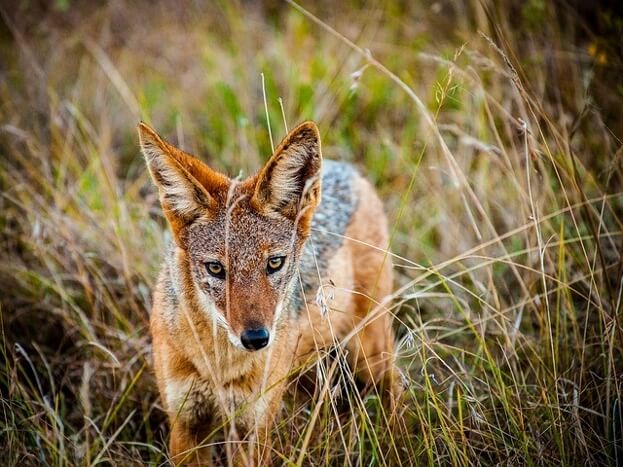 Keep in mind that even if the lost animal you discover is someone’s pet, you have no way of knowing just how long it’s been loose. It could be injured, sick or even carrying a disease like rabies or Lyme. Further, any animal that has ended up in unfamiliar territory will likely be frightened and could act unpredictably. Even if you think you know the animal, be extremely cautious before approaching.

It’s important to know the signs of a dangerous animal. Early symptoms of rabies include:

As the condition progresses, more jarring symptoms may be present, including:

If you see an animal exhibit any of these signs, do not approach it. Stay inside and bring in any pets, then call your local animal control agency. Warn neighbors as necessary, but remember not to leave the house until you’re given the all-clear.

Lyme disease is caused by the bite of an infected tick. If you see a stray that clearly has flea and tick problems, be especially careful and don’t let your children or pets near. Some symptoms of Lyme include:

Though Lyme disease can’t be transmitted from the animal to you, its discomfort and added disorientation may make the animal especially prone to nervous or aggressive behavior. Be careful and make sure you make note of its symptoms as it will need special medical attention.

You’ll also want to know how to identify an animal that is aggressive from one that’s safe to approach. Some classic signs of aggression in dogs include:

Cats can be somewhat tougher to read, so be on the lookout for some of their special signs of aggression:

If an animal you encounter seems aggressive, it’s best to leave it alone for both your safety and that of the creature. Alert your neighbors to the situation as needed and don’t forget to tell the animal control specialist so they can use protective gear.

Remember, it’s better to be safe than sorry when it comes to an animal you’re not familiar with. Look out for signs of danger and if you’re not sure it’s safe to approach, keep your distance. 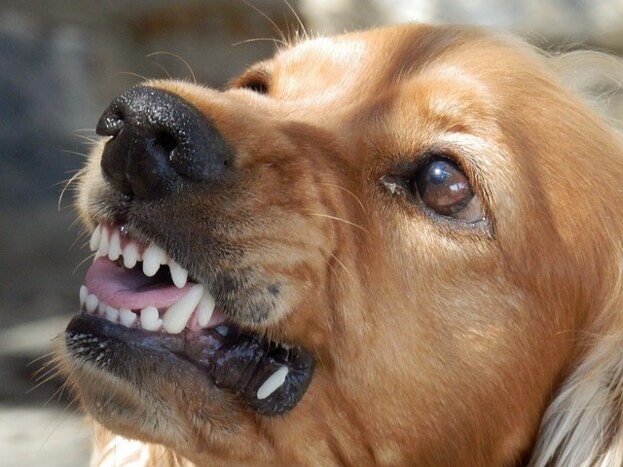 What To Do When You See A Strange Animal

First, never put your own life in danger to rescue an animal in need. If you live in a busy area near traffic, or the animal darts into nearby woods you aren’t familiar with (or that you know are filled with predators), it’s better to let the professionals you call handle it. Give the dispatcher as much specific information about the animal and its location as possible: the animal’s size, identifying markings or behaviors (maybe it’s limping), as well as landmarks, street names or mile markers where you last saw it.

If you’re able to safely reach the animal, approach slowly and calmly. Don’t make any sudden movements; a scared animal could take it as a threat and run away, or even respond with defensive aggression. Stay in sight as you approach and speak to the animal in a calm, reassuring tone. Feral animals especially may feel skittish around humans, so be prepared to stop every few steps to ease it into a closer proximity. Some animals might warm up more easily if you have food, especially particularly fragrant ones they’ll be able to smell from a distance. Keep in mind that wearing gloves, boots and a long-sleeved shirt can be added safety precautions for approaching an unknown (but apparently healthy) creature who might scratch and nip out of fear.

Once the animal lets you close enough to touch it, you’ll want to restrain it somehow to keep it safe until the professionals arrive. If you don’t have any spare pet supplies that will work, try using a rope or cloth as a leash. You can also create some kind of strong barricaded space, whether it’s a spare room in your home or in the garage. Be sure to remove any dangerous items from its reach and check on it regularly if you aren’t staying with it. (If the animal is wild, it’s best not to take matters into your own hands or approach it and to call animal control services immediately.)

If the animal is a domestic breed, you may be able to transport it to a local animal control center or veterinarian’s office yourself. Keep it properly restrained in the car with a carrier securely fastened in the backseat and consider draping a sheet over the sides to limit its view; looking out the window at all the trees, houses and light posts whizzing by not only makes the animal even more anxious, it could even cause motion sickness.

The safest creatures to transport or contain will be lost pets, but it isn’t always easy to tell if an animal has a home. Naturally your first step will be to check for identification. Keep in mind that although a collar might seem like a telltale sign there’s an owner, you should take note of how well it fits and whether it looks relatively new. Unfortunately, some former pets are abandoned with their old, sometimes ill-fitting collars, so the mere presence of one doesn’t necessarily mean the animal has an official home. Further, just because there isn’t a collar doesn’t mean the animal is a stray, it could have lost its collar at some point, or perhaps simply wasn’t wearing it at the time it got loose. You’ll want to have the animal control specialist or your veterinarian check for a microchip to get a better idea of the animal’s status.

Generally, lost pets will eventually warm up after the initial shock of being found and meeting someone new passes. If you’re certain the animal has an owner, you don’t necessarily need to call animal control at all. If a little decompression time has led a once-terrified dog to now wag its tail as you approach and lets you pet him at length, sending him off to animal control will likely only cause him to revert back to his fearful tendencies. Snap a few photos of the animal, both wide shots that show its entire body and close-up photos of its face. You’ll also want to photograph and take special note of any particularly striking markings that could make it easier to identify. Perhaps it has a diamond-shaped white spot on its hind leg, for example. Show the photos to neighbors you know and consider going door-to-door or taking a walk through the neighborhood to see if there are any “Lost Pet” flyers posted. You should also work with local shelters and rescues to let them know you have the animal in case its owner comes looking for it.

It’s also important to remember that many young wild animals may appear to be abandoned, but in fact its parent is out searching for food. If you see a young animal on its own, keep a close eye on it for a few hours before assuming it’s in trouble. Parents often return around dusk or dawn and may even be watching from a distance. Approaching their baby is not only potentially dangerous, it could scare the parent from returning at all. 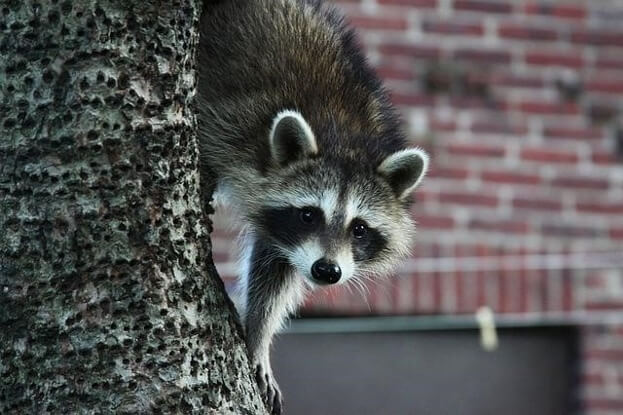 If you’ve decided that calling animal control is the best move, who you contact will depend on your location. It could be city or county animal control department, but rural areas may not have a department locally. In those instances, call local police or the sheriff’s office.

If the animal is ill or injured, you’ll need to report this to the animal control office with your report. If you’re able to transport it to an emergency veterinarian yourself, it might be best to do so before turning the animal over, but do keep in mind you may be held responsible for the vet bill if no owner is ultimately found. Some rescues may offer discounted care in these kinds of instances, but unfortunately space in those facilities tends to be extremely limited. They may ask if you’d be willing to foster the animal in your own home until its owner is found or the animal is healthy enough to adopt out.

Caring for an injured or sick wild animal should only be done by professionals, including aftercare and monitoring following any surgeries or procedures. However, smaller creatures like bats or birds might be feasible to take home and nurse back to health if the veterinarian or animal control center says it’s safe to do so. Keep in mind these animals will need to be kept separate from any pets you already have, especially if they’re still weak and/or anxious.

There are also important legal considerations you’ll need to take. Some states may have laws about the kinds of wild animals you’re legally allowed to transport or contain without a license or permit. Additionally, some areas have specific guidelines about the possession of a lost animal. Just because you found the animal doesn’t automatically make it yours, whether or not it has an owner already. There might be a specific holding period to allow an owner to come forward, even if you’re keeping the critter in your own home for the time being. Be sure to ask animal control or the veterinarian about laws in your area.

It’s important to note again that while animal control and rescue organizations do the very best they can to care for each and every creature they encounter, their resources are limited. Even if you can’t be the permanent owner, consider temporarily fostering the animal until it can be re-homed. Many of the adjustments you’ll need to make in your home to accommodate its presence will be minor and in the process you’ll be saving a life.

If animal control issues are a regular occurrence in your neighborhood, you might want to start keeping some rescue supplies handy. Spare food and water bowls, leashes, cardboard boxes and heavy blankets are all low-cost and easy to keep around the home. You should also keep the contact information for animal control stored in your phone and with your rescue supplies as a back-up. 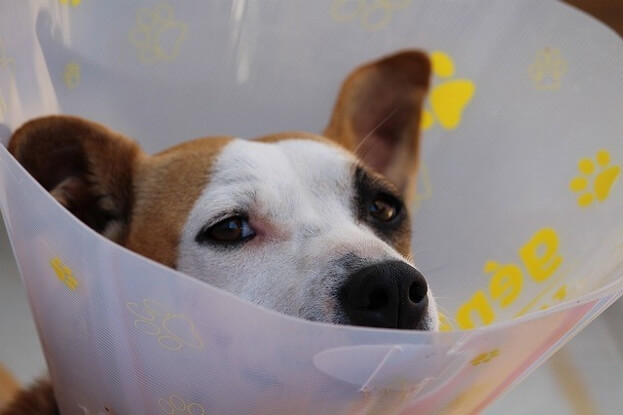 Working with animal control may sound like a hassle, but these hardworking individuals will do everything they can to keep your community safe as well as to humanely capture a displaced creature. Remember to treat every foreign animal with caution, even if it doesn’t immediately appear to be dangerous. Play it safe when in doubt and let the professionals handle the situation.