Before & After Photos: Farm Kitchen Transformation

Before & After Photos, Kitchen 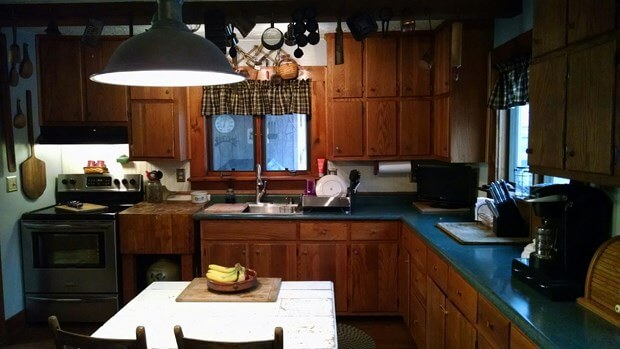 DIY transformations are happening all over the country. Whether a mansion in California, a four-bed condo in Chicago or a small Victorian in New York, DIY homeowners are turning their dream homes into realities.

Crystal Walker took the DIY leap of faith and turned her dream kitchen into a reality. Crystal, her husband and her 13-year-old grandson live on 84 acres of land in the small town of Manchester, OH. They raise cattle, but as you can imagine living on that much land, use the kitchen as often as possible.

As you can see from the picture below, their kitchen needed a splash of life. 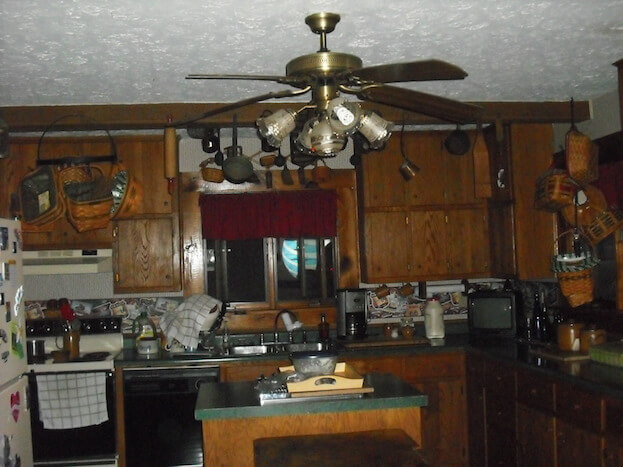 The kitchen was quite crowded with all those pots and pans, ceiling fan and an island. Furthermore, the wallpaper backsplash wasn’t lighting things up like it used to. As such, Crystal researched average kitchen remodeling costs, but was hesitant letting go of her hard-earned cash. She decided to get her hands dirty and take on this challenging DIY kitchen project HERSELF! 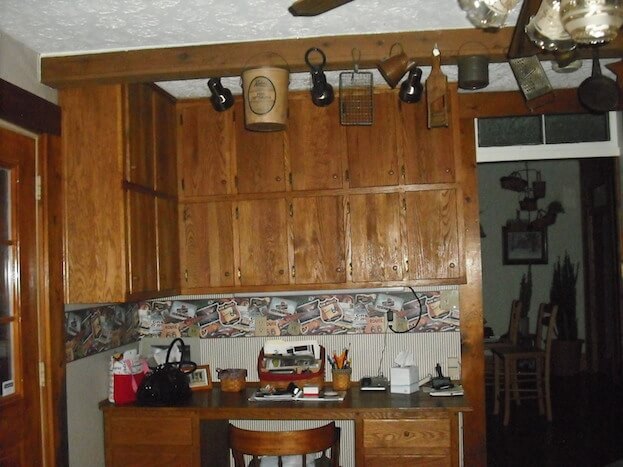 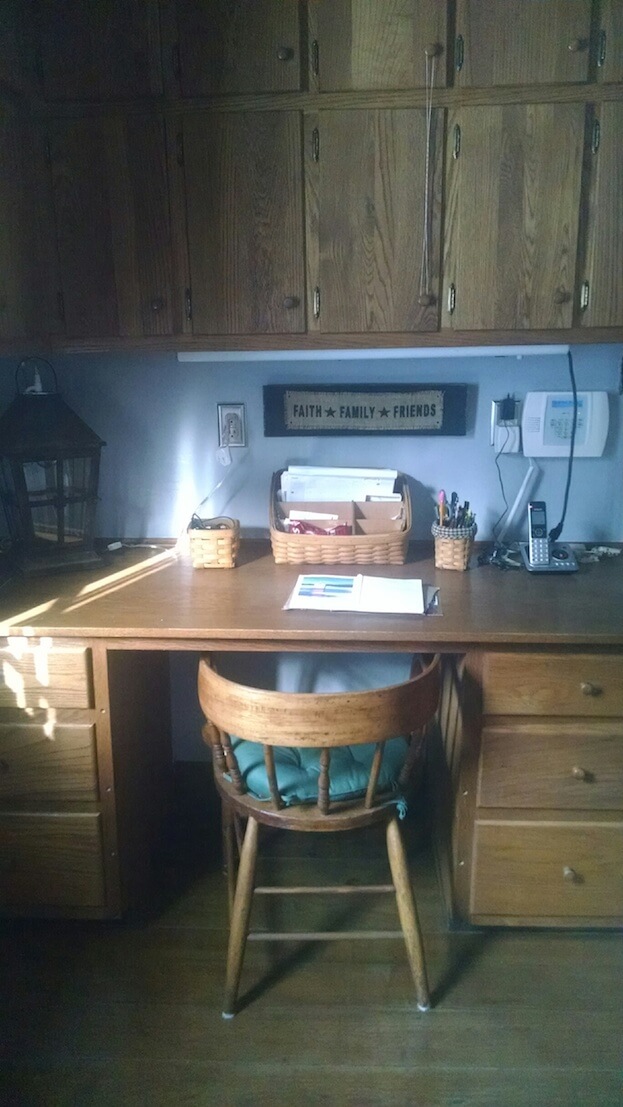 Much of this kitchen remodel revolved around the wallpaper. As Crystal noted, removing it was not easy.

“With all the bad weather, I was getting cabin fever, so I started pulling off the wallpaper in the kitchen to find layer after layer of paper,” Walker said. “My husband was out of town for two weeks. He asked me to wait on any repairs until he got home. That didn't happen. I had a lot of repairing to do before he got home. I had to pull the paper and some plaster off as well. Thank God for Lowe's.”

Crystal had to mud 50% of the walls and then prime them before going with a beautiful light blue. As you can see above, the new desk certainly outshines the old. 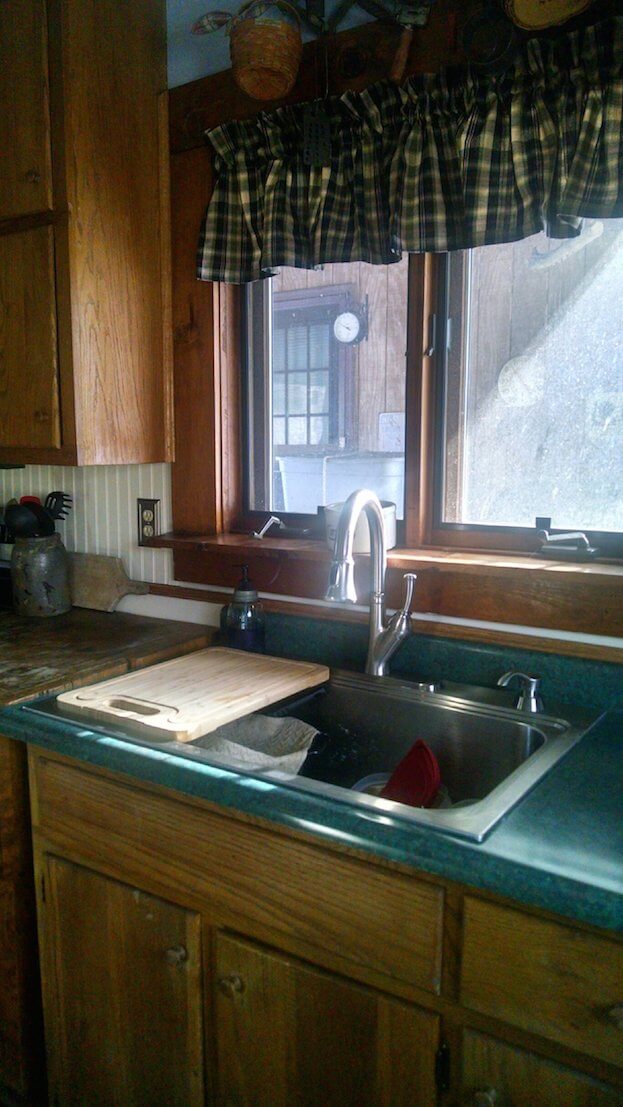 Like many homeowners, Crystal planned on replacing her kitchen sink years ago, but never got around to it. Now that she was in DIY-mode, it was the perfect time to get rid of that tired, double basin sink.

Crystal decided to replace the old with a new, large basin sink in addition to a removable dishpan and strainer (can see in image atop this article). Additionally, Crystal added a cutting board that slides across the basin. It’s a terrific use of space for those with little counter space.

Finally, she replaced the faucet with a retractable large spray nozzle.

Note: Plumbing can get tricky and as such, Crystal had some help connecting the new pipes. 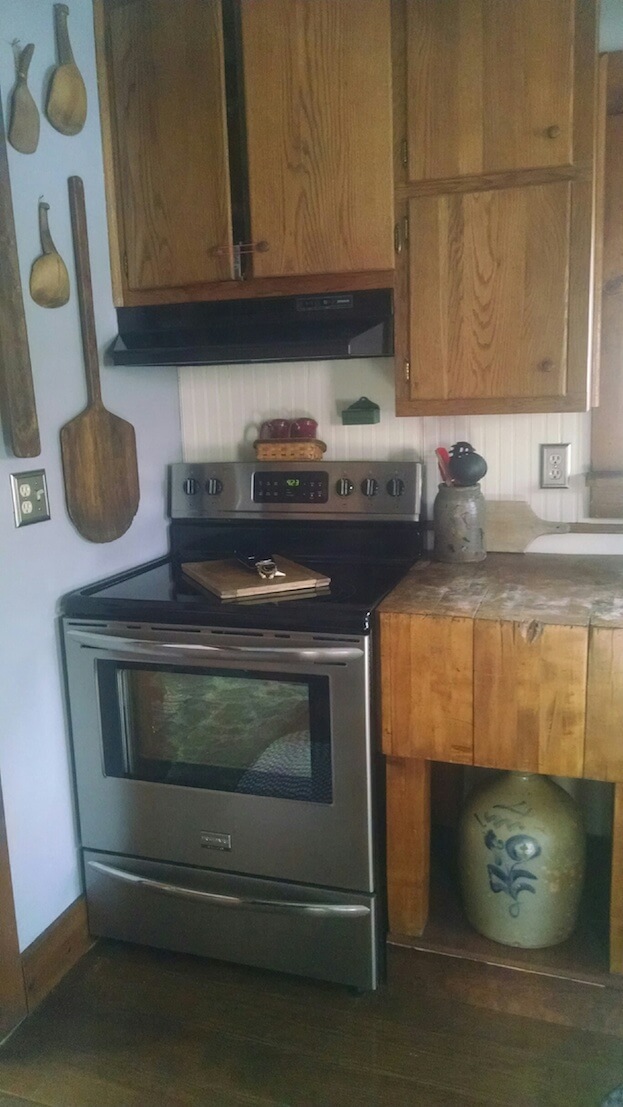 Butcher blocks are perfect for rural settings and as such, Crystal decided to forgo her dishwasher and install an antique butcher block. It clearly blends in with the wood cabinetry and overall setting. Crystal was able to save money using her own butcher block, but according to our material estimator, the average minimum cost per square foot for a butcher block countertop is $39.87.

Staying in this corner, she got rid of that 1960s stove and oven combo and installed a brand new, stainless steel cooker. It looks terrific. 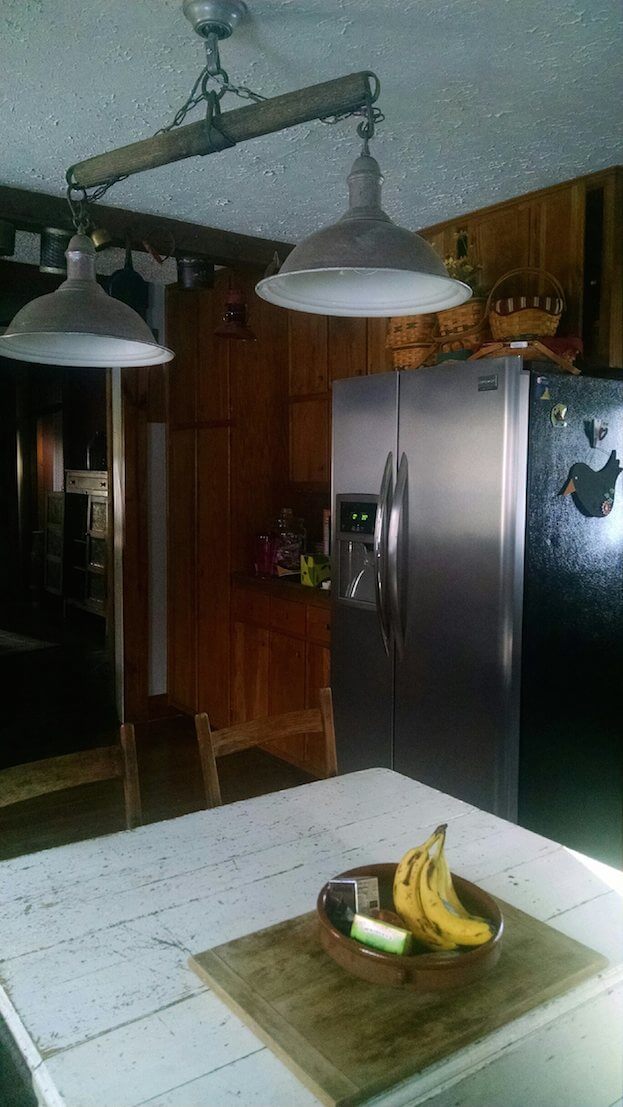 We can all appreciate a fan, but needless to say, unless they are in the bedroom, they are certainly falling out of style. Crystal decided to upgrade her kitchen lighting by removing the ceiling fan and installing a custom light fixture.

She made the new light fixture from old horse yoke and two light fixtures she bought at a yard sale. Before installing, she of course gave both a heavy scrubbing and paint job. 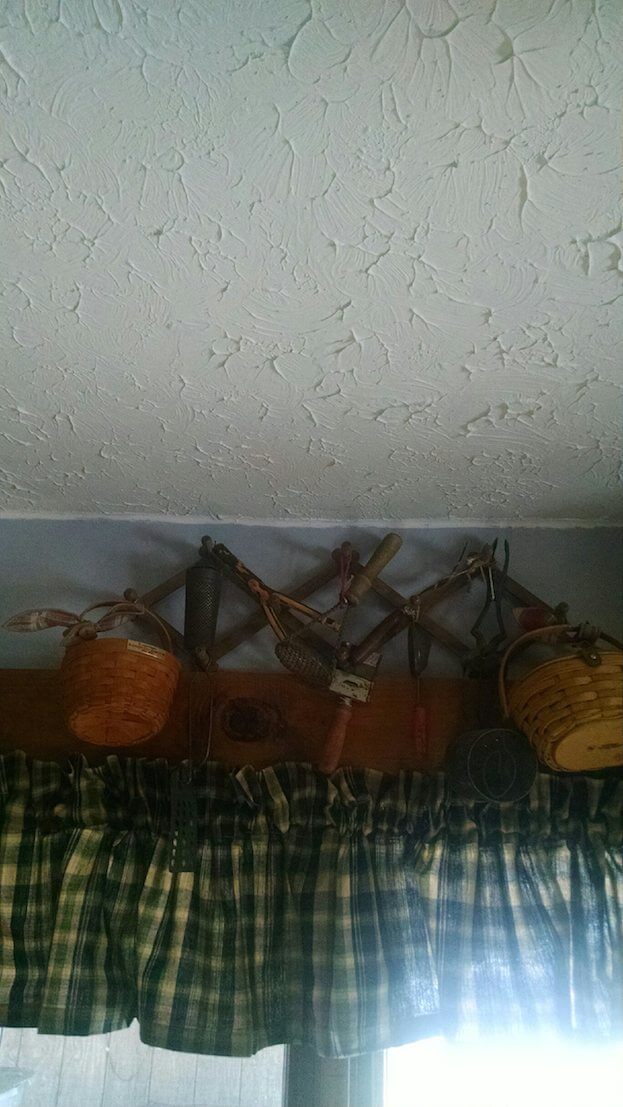 You’ll also notice new beadboards around the kitchen. To install, Crystal had to remove some of the old receptacles and replace the old plastics with steel.

Finally, Crystal removed the old kitchen island. She plans on replacing it soon. 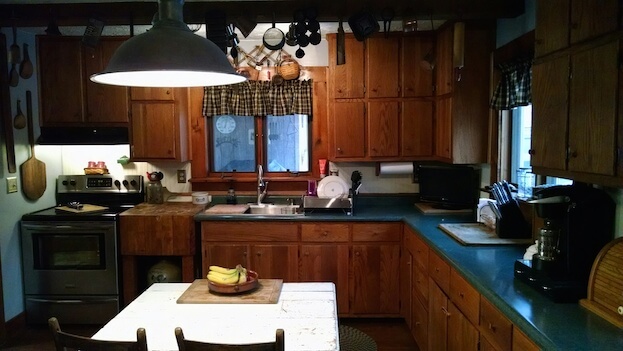 Two weeks later, Crystal’s husband came home to a brand new kitchen. In the end, she spent $1,500 on her kitchen remodel, a far cry from the average. Other than removing old fixtures and few plumbing and electrical components, she finished the job HERSELF.

Want to showcase your home transformation? Send your pictures to jacob.hurwith@craftjack.com. We would love to feature you!

Before & After Photos: A Must-See Kitchen Remodel

Before & After Photos: A Must-Read Transformation Story

Before & After Photos: An Overdue Bathroom Reno

Before & After Photos: Creative Backsplash

Before & After Photos: Home Remodeling With A Love Story