Digital Shower Control: Gimmick Or A Must Have? 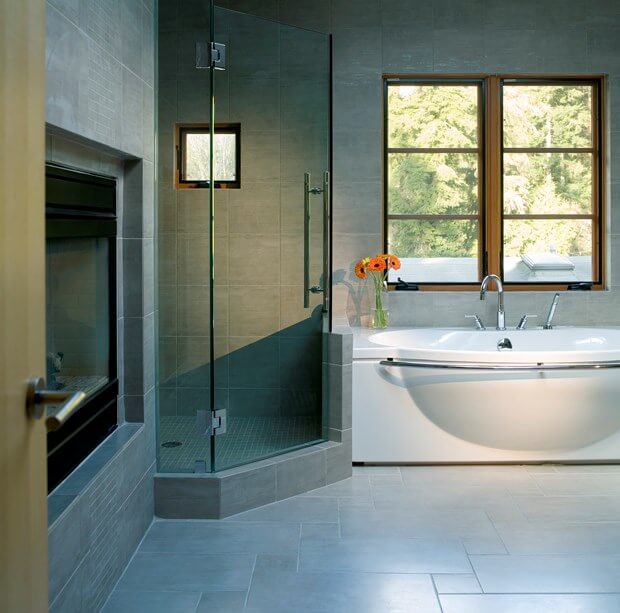 We live in a world where garage doors, thermostats and sump pumps are on the Internet. Our plumbing is even digitized. But, we have to ask ourselves is this all really necessary?

The more I think about it, the more I realize there’s no version of humanity I can imagine where I would need a satellite uplink or microprocessor to turn a lever. It’s not a process I need to be convenient. At least until I discovered I was wrong. Gloriously, fantastically wrong, thanks to new shower technologies. 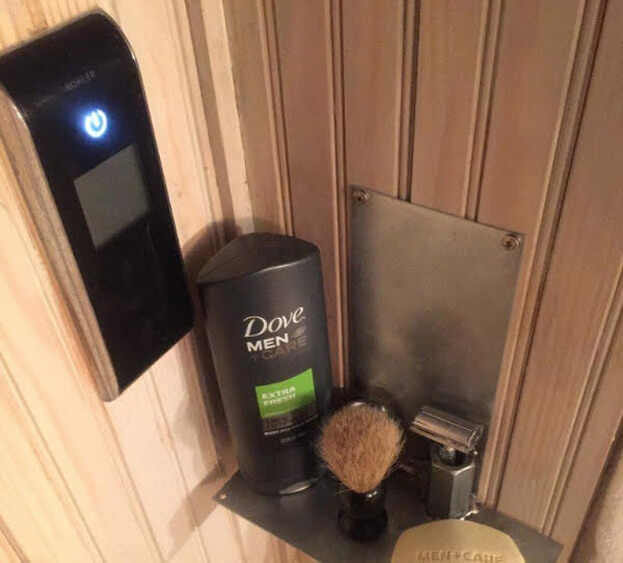 Smart Technology For The Shower

While the digital shower control I installed in a man cave bathroom we designed and built is not online, it does things that make a regular shower valve look away in shame.

As a category, a digital shower control warms your water to a desired temp, tell the time and enable directing water to different outlets, like the hand shower, for example. There’s an in-wall control unit wired to a control pad that is the interface to AWESOME.

We installed the Kohler DVT on this project and it truly creates a beautiful shower experience. Every. Single. Day.

Compared with a typical reach-and-twist shower valve we all own, the DVT separates itself from the start. It can be placed just about anywhere in the shower and even outside of it. How sensational is this? It means that you don’t have to reach into the shower to turn it on, adjust it and get a spray of cold water. With a digital interface, you simply trundle into the bath, press the button and your super-shower is under way.

Next, the water comes out to your exact desired temp. Set it in the easy-to-navigate menu and that’s it. No handle tweaks and worries that running the washing machine and shower will result in a blast of cold water. As you enter this bathroom, it also has a Kohler WaterTile rain shower head, so the water is tuned to your station. I love it.

The DVT is also a diverter. My son, who is 7, likes the hand shower. As DIY family and contractors, we use the hand shower clean all kinds of things from paint trays to mixing buckets. Press another button, the rain shower ceases and the hand shower starts. I love watching him press the buttons and get excited.

You can also run both at the same time, filling the shower in multiple directions. The guts of the unit are a small device easily installed in the wall during typical renovation activity. 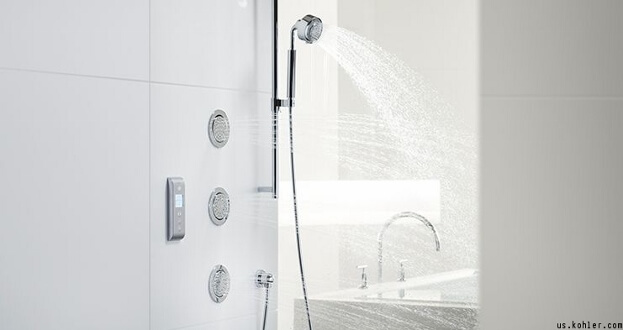 It’s one of those things I resisted getting and am glad I lost the battle. The clock serves as a subtle reminder that the world is still spinning and junior needs to get to the bus stop.

Are you looking to upgrade your shower? Contact a pro today for up to four free quotes.