DIY Checklist: 6 Things You Wish You Knew About DIY 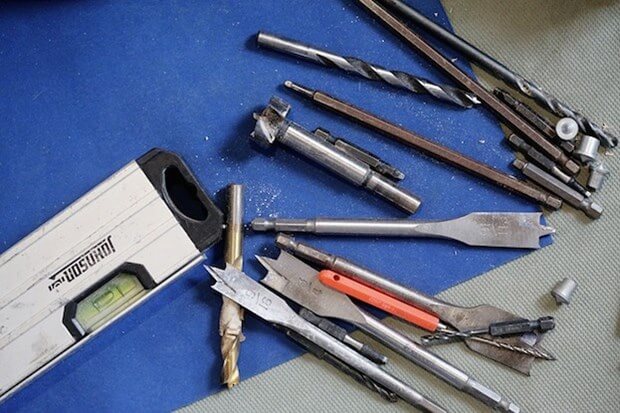 So what’s the easiest problem to solve?

Right, the one you don’t have.

(Yes, I stole this thought from Sun Tzu’s The Art of War).

Contractors, the good ones anyway, like Tommy and Norm from This Old House or Mike Holmes from HGTV, spend more time than you think NOT on the actual skills of cutting wood or installing cabinets, but rather making the execution of those skills possible.

What the hell does that mean, Clement?

It means they spend a lot of brain time pre-solving time-siphons. And I’m glad to count myself with them in that pursuit.

By mastering the execution, Tom and Mike (and me) can run million dollar projects like they’re walking down the street. A parlor trick you never see on camera is how much energy these guys spend not wasting time. 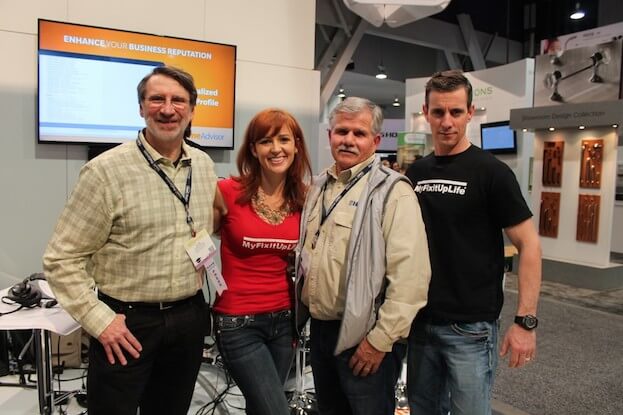 So when you dive into your DIY project, whether you’re acting as your own general contractor on a bathroom remodel or you’re jumping in feet first to a deck or demo job, here are just a few things you need to know.

The second you dig a hole for a mailbox, flower bed or fence post, several things start happening at once, kind of like cream going into black coffee.

Once you loosen the dirt with the shovel, it becomes air-entrained. In other words, it takes up more space than it did while it was in pre-pile form. Second, once dropped onto the grass, it becomes one with the grass. If it rains, it can become extra-one with the grass and kill it; dirt with clay can stain driveways and sidewalks.

The fix is to lay out a few sheets of plywood or an old tarp and throw the dirt on there. And, move it far enough away so that the dirt is not underfoot while you work. Trust me, the pile grows bigger and faster than it seems like it should. Finally, plan to have some left over. Tamping the holes as you re-fill them knocks some of the air out.

DIY takes many forms. You could be installing new lighting yourself or you may be acting as your own GC and paying a plumber for your man cave bathroom. In either scenario, the power or water will be interrupted for a few minutes or a few hours (same with drains in the bathroom scenario).

Knowing when they’ll go down BEFORE they go down is kind of nice. You’ll have a chance to upload the work document from the no-battery desktop or use the actual bathroom before there’s nowhere to go. 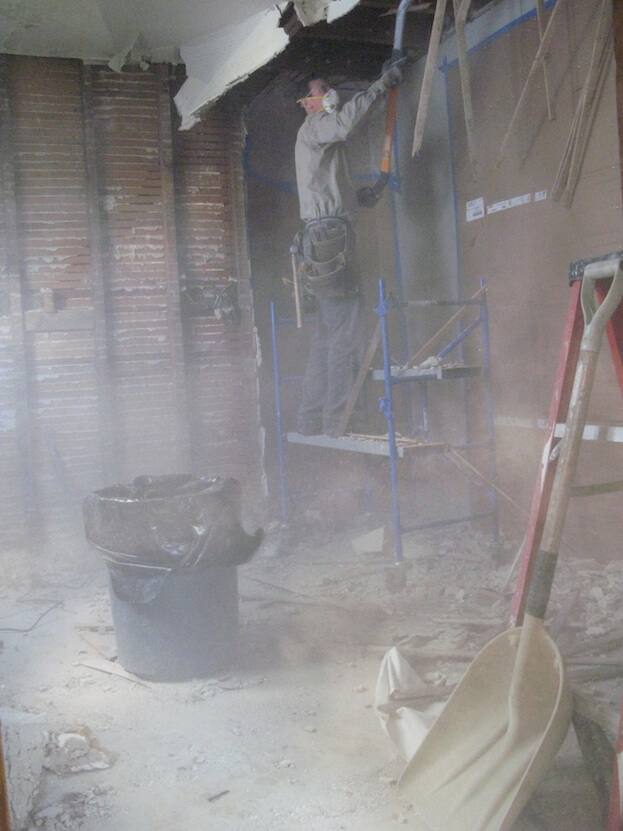 Dust may be the biggest DIY enemy of all. What project doesn’t create dust? And the bigger the project, the more dust that’s going to appear.

One of the best things you can do to manage dust besides closing doors and draping openings (which is only mildly effective anyway) is to shut off the HVAC and tape over all the intakes. There is no dust particle smaller than a meteor that can withstand its suction. What’s more, filter or not, dust can get pulled through the system and get deposited throughout the house. So if you’re removing plaster or sanding drywall, shut it down. For truly excellent dust control, an air scrubber like the Build Clean unit I use is worth its weight in dust bunnies. It’s a pro tool that homeowners can use as well.

Recite this to your DIY self—or any contractor—10 times: Building permits are my friend. Besides it being the law, for most projects I’ve done, the exercise of going through the permitting process forces me to think the project through, both as DIYer and contractor. It kept me legal and it caught things I’ve missed. What it also does is makes that extra room you plan to add an actual part of the house. This way, your new 4-bedroom house can actually be listed as a 4-bedroom house.

I know there are one million reasons to not pull permits (not incidentally, there are many cities that deserve the crap construction their bureaucracy all but forces), but you want an inspector there to catch the fire-blocking you don’t know your basement needs in case it catches fire. Or that a ridge vent on your roof is useless without soffit vents. Or that if your neighbor doesn’t like the shed you build, you may have to take it down. 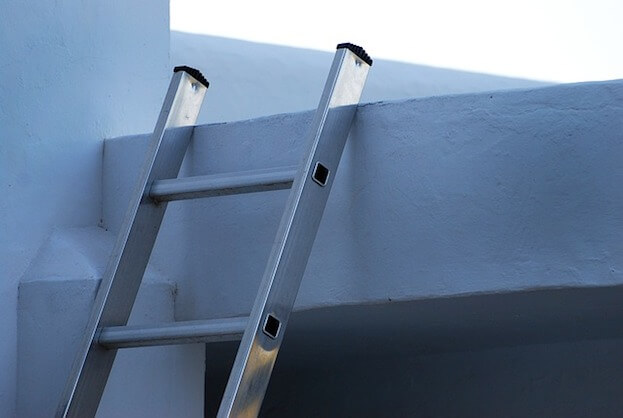 If you have both feet on the top ‘step’ of a stepladder, you’re at what we call a high risk of getting mangled. Honestly, it happens every single day a million times a day and that’s why ladder companies stamp the ‘step’ with these words. THIS IS NOT A STEP.

Where it gets extra dangerous is using an extension ladder that is too short. For a typical 2-story house, a 24-footer reaches the gutters. Barely. That’s all well and good I suppose if all you ever do is maybe clean those gutters. Where the big problems happen is when you need to get on the roof to install a chimney cap, get a ball trapped up there or remove a fallen branch. Getting off the ladder is easy, but unless the rails extend past the roof a few feet, getting back on is a nightmare because you have nothing to hold on to while you do it. What you really need—and most people don’t buy—is a 28-foot ladder.

There’s debate on this, but since I’ve seen it go wrong and heard a hundred horror stories, I’m landing on the side of caution when it comes to what’s called ‘acclimatizing’ a new floor.

Pre-finished or raw, it doesn’t matter. Open the boxes and let it sit in the room it’ll be installed in for at least a week. DO NOT store in a garage, basement, your truck or outside. Doing that will all but guarantee that the seams in the floor opens up. And that’s just bad.

Knowing these six very simple aspects of DIY remodeling will not only ensure a clean and efficient project, but your safety as well.