DIY Tips For How To Install Drywall 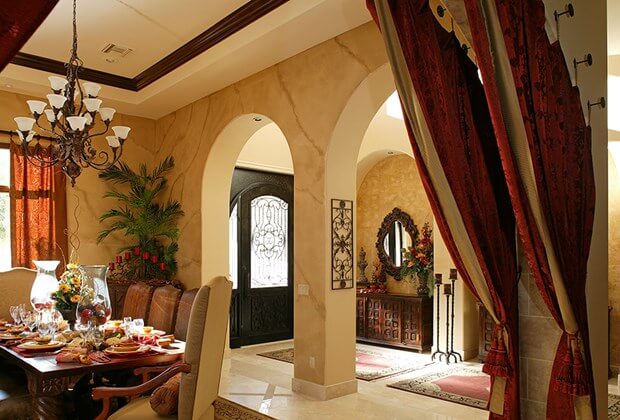 Installing drywall, also called wallboard and Sheetrock (a U.S. Gypsum brand name) isn't easy. The typical drywall panel measures 4-by-8 feet, is 1/2 inch thick, weighs about 53 pounds, and can be very awkward to maneuver. That's the bad news. The good news is that it's inexpensive and, when properly finished, yields a first-rate interior surface.

The product comes in a variety of sizes and thicknesses. In addition to the typical size, you can usually get longer panels—in 2-foot increments up to 14 feet—on special order. The thickness ranges from 1/4 inch to 3/4 inch, but for consumers, the usual choices are 3/8 inch, 1/2 inch, and 5/8 inch. All can be used on ceilings and walls as long as the framing members are on 16-inch centers. But if you plan to apply texturing to your ceiling, 3/8 inch isn't viable, and if you need to install a firewall—between your garage and living area or around your central heating system—many codes require 5/8 inch. The 1/2-inch-thick panel is by far the most common because it performs well in most situations, especially those you're liable to confront around your own house.

Regardless of their length or thickness, most panels are constructed in the same way. The ends are full thickness, but the long sides are tapered toward the edge of the panel. This taper is about 11/2 inches wide and about 1/8 inch deep. When two panels are abutted, edge to edge, a depression is created to accommodate the compound that's needed to finish the joints later. Because the board ends don't have tapers, finishing these butt joints is harder—and usually more noticeable. So it's best to avoid butt joints whenever possible, even if you have to waste some material. For this story, we installed the drywall in a typical two-story house. This gave us the chance to try out a number of techniques before settling on the ones shown here. We paid attention to things that made the job easier—even if they took a little longer or cost a little more. And we tried to make special note of methods that would allow one person to do the job.

We used 11/4-inch drywall screws to attach our 1/2-inch panels, though 11/4-inch drywall nails are a suitable alternative. We prefer screws because they hold better and are only marginally harder to install. If you have a variable-speed drill, that's all you need to drive the screws. But if you have a lot of work to do, renting or buying a drywall screw gun is a better idea. These tools have adjustable nosepieces that regulate the depth that the screw can be driven. When set properly, the gun should drive the screw just below the panel surface. The screw should compress, but not tear, the paper. Nails need to be driven to the same depth. While a screw gun is a nice convenience, a drywall lift is almost a necessity. By renting a lift like the one shown in the drawings below—it cost us $25 a day—the ceiling work became nearly effortless for one person and a complete breeze for two.

Beginning at one ceiling corner, measure across to the ceiling joist that's just at, or under, the 8-foot point. Then transfer this measurement to the front surface of a panel. Mark this length at the top and bottom edges of the panel and connect the lines. Make a cut along this line using a sharp utility knife and a metal straightedge or drywall square.

Once you've scored the surface, move to the back of the board and place your knee just behind the cutline. Break the board against your knee by pulling back on the two sides. After the board snaps, cut the backing paper with a sharp knife and separate the two pieces.

Tip the support platform on the drywall lift into the vertical position, flip down the support brackets and engage the foot brake on the bottom of the lift. Then lift the panel onto the brackets, centering it from side to side, and tip the platform so it's in the horizontal position. Elevate the panel by turning the wheel in a clockwise direction. Once it's where you want it, force the panel against the joists by tightening the wheel, then attach the panel to the joists with screws or nails. When the fastening is complete, lower the platform by releasing the handbrake and turning the wheel counterclockwise.

When you reach an electrical outlet or other opening in the ceiling, measure from the adjacent panels, in both directions, and transfer these dimensions to a new panel. All of our light-fixture outlets were covered with round plaster covers, so a holesaw was the best tool for cutting the openings.

Begin at the top of the walls—this will yield the tightest joint along the ceiling, minimizing the possibility of cracks developing later. The simplest way to temporarily support the panels is to screw or tack-nail a support block to the studs at both ends of the panel. Position these blocks 48 1/2 inches below the ceiling to allow for some adjustment. We lifted the panel and rested it on the blocks. Then we positioned it from side to side, pushed it tight against the ceiling, and screwed it into place.

On partition walls, where no insulation was in the way, we found that a couple of C-clamps were just as effective as the support blocks. We simply tightened the clamps at the proper height and set the panel on them. Both the blocks and clamps worked faster than the lift, but the lift required less effort. To use it, just cut your panel to size, load it on the bracket and elevate it to within an inch of the ceiling. Engage the foot brake and tip over the panel until the top edge hits the wall. Make sure the bottom edge is still engaged in both support brackets. Then, crank up the lift wheel until the top of the panel abuts the ceiling. Drive at least six screws along the top edge of the panel. Remove the tension on the lift wheel and let the bottom of the panel swing against the wall. Fasten it into place.

Walls always have more openings than the ceiling. They contain doorways, windows, receptacles, switches, and often some lights. Again, you have some options. You can cut the opening in the panel before or after it's installed. Doing it afterward is best accomplished with a cutout tool—a small, portable electric tool similar to a laminate trimmer. When outfitted with a special bit, the tool quickly cuts openings by following the surface of the framing members. The tool we used was Porter-Cable's model No. 7399, which costs about $100. You can, however, rent it or a similar tool for just a few dollars a day.

These tools are timesavers, especially for the professional. And they nearly eliminate measuring mistakes. But if you're doing just one room, the traditional method makes more sense. All that's required is measuring the location of the opening from the adjacent panels, transferring the position to a new panel, and making the cut with a drywall or keyhole saw.

You can also use a cutout tool to make cuts around electrical outlets, but the technique requires some practice. First, turn off any electrical service to the outlet, then measure the location of the middle of the box. Push the self-drilling bit into the panel and move it in one direction until it hits the inside wall of the box. Carefully lift the bit over the edge so it bears against the outside wall of the box. Move the tool counterclockwise, and when the cut is complete, pull out the waste. The panel should fit perfectly around the box.

Though it's best to leave a small gap between panels at all the joints, the fit will occasionally be too tight. Resist the temptation to tap the panels with the face of a hammer—a crack will almost certainly occur. Instead, place a scrap block flat against the joint and tap the block with a hammer. This will spread the blow across a larger area and reduce the chance of breaking the panel. When you're done hanging the panels, make sure that you've installed enough fasteners. You should use screws about every 6 or 7 inches around the perimeter and every 12 inches on the interior of each panel.

7 Ways To Improve Your Patio

Common Deck Repairs & When To Call A Pro