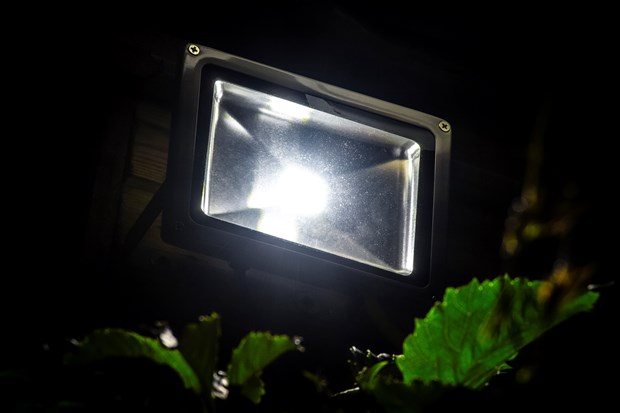 If you've ever had your home broken into, you know the sense of violation it leaves behind. Homes are private spaces, and they're supposed to be free of public intrusion. And quite often these days, they're work spaces too, crammed with computers, scanners and fax machines alongside all the expensive equipment and pricey toys that define our leisure hours–just the things that turn your home into a target.

So how do you safeguard against intrusion and theft? There are two common approaches–high-tech and low-tech–and both start with the understanding that if a professional thief really wants to get in, it will probably happen. So protection in the real world is a matter of degree.

The reasonable assumption is that most thieves are opportunists, and they'll choose an easier target over a more difficult one most of the time. If it takes too long to gain entry, if breaking in will create too much noise, and if once inside, there are still further obstacles such as motion sensors and alarms, then the chances of getting caught increase. If you do enough of the right things to raise the risk factor sufficiently, the balance begins to shift in your favor.

If your home's been burglarized before, or if it houses an expensive hobby collection or lots of business equipment, you may wish to consider a professionally designed, installed and monitored security system. These systems have sensor and alarm components wired to a control panel that is connected to a central monitoring station via phone lines. Any breach of the system is investigated immediately, either by the security company or the police.

The problem with these systems is that they're costly to install and you'll pay a hefty monthly monitoring fee as well. So unless you feel especially vulnerable, a simpler, low-tech approach may work about as well. The strategies we've chosen are based on affordable products you'll find at your neighborhood home center or building supplies dealer. And, you can install them yourself in a weekend or two with common household tools.

How to Install Security Lights

Breaking and entering is a lot easier in the dark, so a motion-sensing flood light is a good idea. Because a new light will require some new wiring and an indoor switch, check with local code authorities before starting the work.

We wired the new light to an underutilized 15-amp circuit, through an existing ceiling fixture. We then installed it on the gable end of the house, about 12 ft. off the ground.

Begin by shutting off power to the circuit and dropping the existing ceiling fixture. Then, go into the attic and bore down into the interior wall that will house the new switch. Feed two 14/2 w/g cables into the wall cavity. Staple both cables to a nearby joist and run one to the existing ceiling box and the other to the security light location. Staple both cables every 4 ft. and within 8 in. of their respective box connections.

To install the switch, hold a plastic cut-in type box against the wall, 44 in. off the floor, trace around it and cut the opening. Pull the two cables from the wall cavity into the back of the box. Strip the sheathing from the ends of the cables, press the box into its wall opening and secure it by tightening its screws.

Our ceiling fixture contained two white wires, two black wires and two bare ground wires. One of the white wires is coded with black tape to indicate that it's the hot feed to the existing switch. The remaining white wire is the neutral side of the lighting circuit.

Using a 1-in. spade bit, bore into the gable end of the attic at the location of the new light, and feed the cable from the new switch through this opening. Thread a short, galvanized nipple into the back of an exterior weather box and pull the cable into the box through this nipple. Fasten the box to the siding with galvanized deck screws and strip the sheathing from the exposed cable.