Frank Lloyd Wright Buildings To Inspire Your Next Home Project 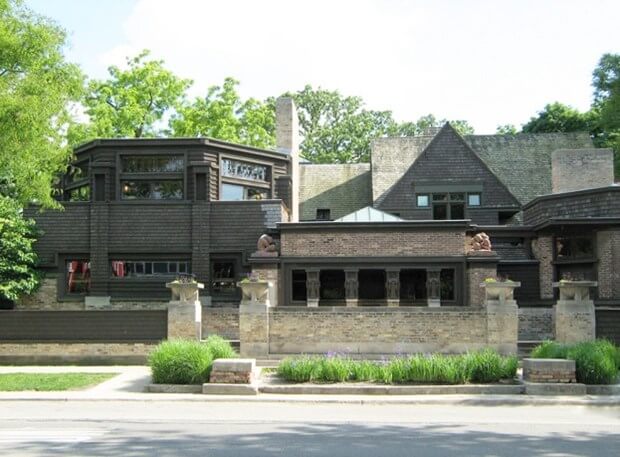 If someone were to ask you to name a famous architect, you’d probably immediately answer with Frank Lloyd Wright. Granted, the list of architects that are a household name is pretty short, but there’s a good reason why Frank Lloyd Wright is so famous. During his career, he designed over 1,000 buildings with 532 being built. He was heavily influenced by the idea of “Form Follows Function,” and he helped shape modern architecture.

While you’re probably familiar with Wright’s name, you might not be as familiar with his work. Here are several examples of his work and how you can use some of his influence toward your next household project.

Already have a room renovation project in mind? Contact a remodeling pro today for up to four free quotes. 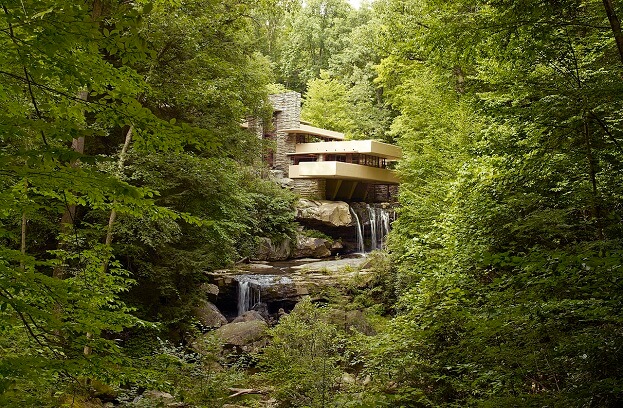 Originally, the home’s residents had wanted a house built nearby a 30 foot waterfall so they could enjoy the scenery. Wright, however, disregarded this idea and instead designed the home on top of the waterfall, as a way for the house to be a part of the landscape’s most prominent feature.

If you’re planning on doing a major landscaping project, consider what natural features surround your home and how you can shape your project around them rather than attempting to “tame the wilderness.” 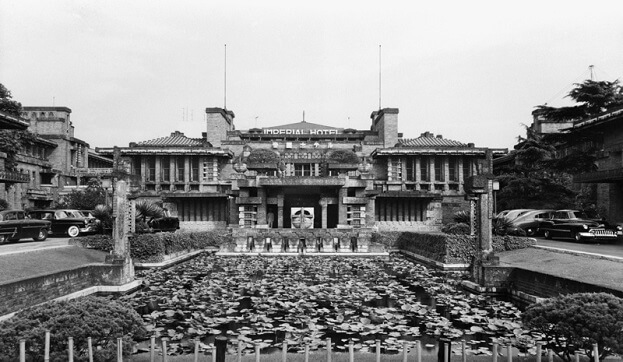 In 1916, Wright was commissioned to design the new Tokyo Imperial Hotel. Wright had boasted that his design would make the hotel “earthquake-proof.” This claim was put to the test in 1923 during the Great Kanto Earthquake, shortly after the hotel opened. While the 7.9 magnitude earthquake caused some minor damage to the hotel, it remained standing and was one of the few buildings in Tokyo that did.

The hotel served as an example of “Form Follows Function,” with several features designed to prevent or mitigate earthquake damage. The hotel’s reflecting pool was used as a water source to extinguish fires. The roof was made of copper instead of tile to prevent potential damage from tiles that could fall to the ground. Walls on lower floors were made thicker to provide more support to the rest of the building.

While I wouldn’t suggest using a new pool as a safeguard to extinguish a fire, this building is a great example to remember that aesthetics and structural design can co-exist and sometimes enhance each other. 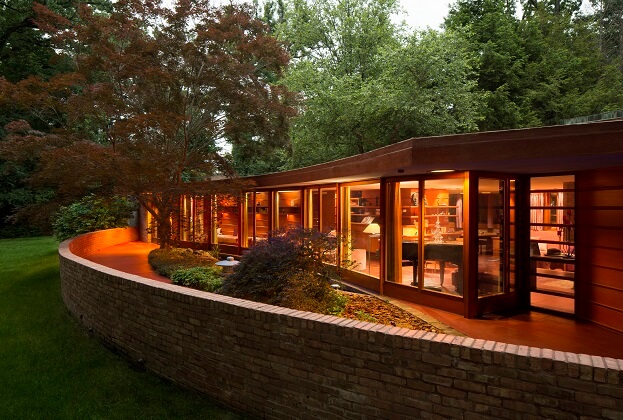 Another example of Wright’s “Form Follows Function” mantra, the Laurent House in Rockford, Illinois was designed to be completely wheelchair accessible. The home’s owner, Kenneth Laurent was paralyzed due to a spinal tumor following his return from World War II. He and his wife asked Wright to design their new home. Wright agreed and said that it was especially important that a man who served his country would be taken care of in his own home.

The home highlighted features that made it completely accessible to someone in a wheelchair. Doorknobs, light switches, cabinets and countertops were positioned at a lower level to allow Kenneth Laurent to navigate his home with ease. Furniture was even designed to sit guests slightly lower so they’d be at eye level with Kenneth. The home was decades ahead of its time; well before the Americans with Disabilities Act became a reality.

When considering a remodeling project, keep in mind how you’ll interact with a layout on a daily basis. Customization can be key for living in harmony with your surroundings. For example, while you might really want an island countertop for your kitchen, you might not have the space for it to allow you to easily get around the room. 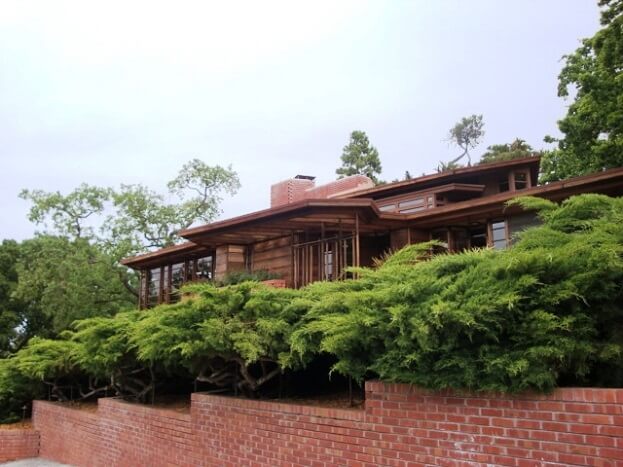 Frank Lloyd Wright went through a period where he focused on “Usonian” design. These homes featured open layouts with a focus on “spaces” rather than “rooms.” They also featured smaller kitchens and bedrooms that were tucked away from other open areas. The Usonian design was intended for middle class families and simplified construction techniques which in turn helped influence suburban homes for decades.

The Hanna House in Stanford, California is an example of Usonian design. The home consists of several hexagonal honeycomb-shaped connected rooms. There are no right angles in the interior floorplan!

If you feel cramped in your current dwellings, you could use the Usonian design as an influence to knock down a few walls to create a more open layout and give yourself more ease of movement around your house. Granted, get a pro to do this for your and your home’s sake. 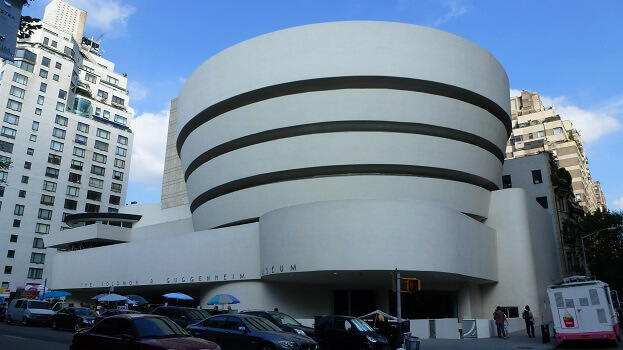 Alright, you probably couldn’t live here or model your home’s floorplan around the Guggenheim’s. That is, unless you’re completely fine with accessing each floor by way of an upward spiraling walkway.

The Guggenheim Museum is considered Frank Lloyd Wright’s most famous design. Wright took the spiral design of the museum from the shape of a Nautilus shell. Not only did Wright design with nature in mind, he also got his influences from it as well. Also, the interior themes of the museum compliment and match each other, which is important to keep in mind when updating a room or rooms in your home. Your house isn’t just made up of different rooms, but it’s a whole entity with each room complimenting the others.

While there are far more intricacies to Wright’s work and his vision than described in this article, you should now have a good starting point towards a Frank Lloyd Wright-inspired project. If you’re a fan of Wright’s work, let us know your favorite buildings in the comments.