Guide to Minimizing Indoor Allergens in the Home 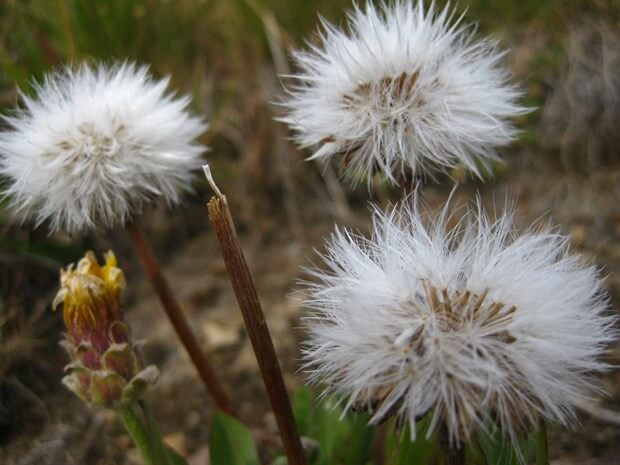 Over the course of a person's life, one spends a great deal of time indoors. A significant amount of that time is within the walls of their house or apartment. Often, people consider their home to be a safe place that is away from serious pollutants or allergens that can make them ill or uncomfortable. Unfortunately, this is not always true. The air within one's home carries the allergens that are outdoors, which travels in from open windows and doors. It also contains pollutants from within as well. These indoor allergens come from things that people do and the things that people use on a daily basis. Because the home is a relatively closed-off and small space when compared to outdoors, allergens do not dissipate as quickly as they would have outside. As a result, they pollute the air to a degree that is often greater than that outside. There are certain things that greatly contribute to this problem. By knowing what these things are and how to eliminate or lessen them, people can make strides toward having cleaner and more allergen-free air.

Dust mites are very small creatures that live off of dead skin cells. The dead skin cells that feed dust mites are from both humans and pets. Dust mites thrive in areas that are warm and where there is roughly 75 to 80 percent humidity. In addition, dust mites also thrive in areas where skin cells may gather or build up, including carpets or on furniture or on the bed. Dust is also another common indoor allergen. Dust is something that every home has to some degree. Although it may look the same from place to place, it can be made up of different combinations of things. For the most part, all dust will contain a combination of skin flakes, pet dander, parts from decomposing dust mites, roaches and other insects, food particles, clothing fibers, and soil from outdoors. Dust may also contain particles that include lead and arsenic.

While it isn't possible to completely get rid of dust or dust mites, people can take steps to control the amount of dust and dust mites in the home. Dust mites can be controlled by washing bedding weekly in water that is hotter than 130 degrees Fahrenheit, which is suitably hot to kill dust mites. On the bed, only use pillows that are polyester-filled and cover them, the box springs, and mattresses in plastic covers. A dehumidifier is also helpful and can be used to reduce humidity to 50 percent or lower. For both dust and dust mite control, vacuum or otherwise clean floors regularly. Floors should be kept uncluttered. Removing throw rugs is also advisable. When dusting surfaces, use damp cloths. 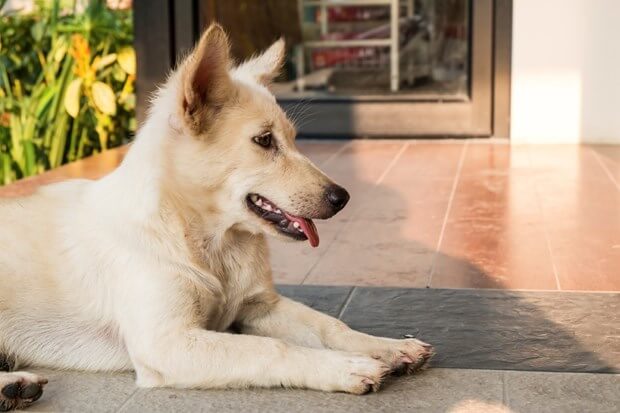 In homes with pets, pet dander will likely be one of the allergens that contribute to indoor pollution. Animals, whether they have feathers or fur, will shed tiny skin flakes. These bits of skin are what is known as pet dander, and they contain proteins that can trigger an allergic reaction in some people. Because it is nothing more than skin flakes, pet dander has no ideal environment and can be found wherever there are pets. The best way to reduce the amount of pet dander in the home is to keep pets out of the house. When pet removal isn't an option, people should ensure that the animals do not get on furnishings and are kept out of the bedrooms. Keeping a clean home with routine dusting and vacuuming can also help to reduce the amount of dust (dander is a contributor to dust) and dander in the area, as will washing pet beds and any items that pets routinely come into contact with. When vacuuming, use a vacuum that is equipped with a HEPA filter. Getting rid of throw rugs and even replacing carpeting is also of benefit. Bathing pets frequently is also an effective way of reducing the allergens in pet dander but will not get rid of the dander.

Very few things introduce a sense of fear over one's health more than the discovery of mold in the home. Molds are organisms that break down material that is dead. Their spores are microscopic and float through the air, making them easily inhaled. Mold growth is often black in appearance but may also be brown or orange in color. It thrives in damp, dark places, and in large amounts, it can cause health problems such as difficulty breathing, wheezing, and eye and skin irritation, for example. Mold can also be the root for even greater health concerns, including cancer. To remove mold from the home is a two-step process. People will want to both remove the mold and also remove any moisture that is causing the mold. When removing the mold, it is important to protect yourself from mold spores. Wear long-sleeved clothing, gloves, and a face mask to prevent inhalation of the spores. Mold is most often found in kitchens or bathrooms. A musty odor in a room may also indicate the presence of mold. Chlorine bleach is affective in removing mold. Clean off the mold using soapy hot water and a stiff brush. Once this has been done, spray the area with a disinfectant. A solution of bleach and water is an excellent choice to apply directly onto the mold, but care should be taken to make sure the room is well-ventilated when doing so. Leave the area to dry naturally, as it will ensure that the mold is killed. Once the mold has been cleaned, repair any leaks or other problems that may be causing the mold growth.

As noted, certain pests contribute to dust and are a problem when it comes to the quality of the air that people breathe in their homes. Cockroaches are a common insect that people deal with, particularly in certain parts of the country. Roaches in particular produce waste that people can be allergic to. In addition, their saliva is also an allergen, as are the dead bodies of roaches, which, as previously noted, become a part of dust. Cleanliness is important to preventing cockroaches from entering the home. While pesticides are a problem for indoor air quality, people can use green solutions to keep cockroaches and other pests away. If pesticides must be used, consider baits and gels versus sprays. Cleaning up any spilled food and removing any stagnant sources of water is also important to help keep insects and roaches at bay. 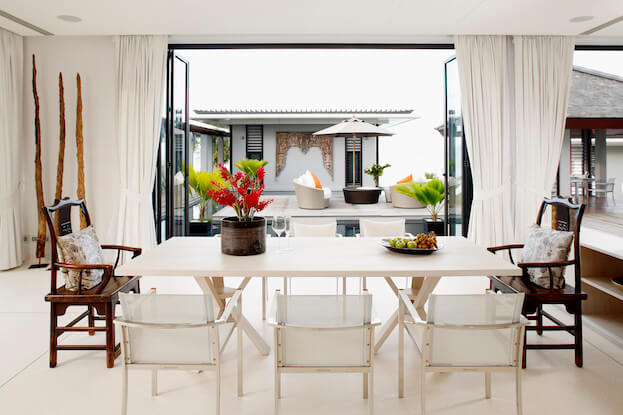 Pollen is the "sperm" of a flower that consists of microscopic powdery grains. The male part of the flower releases these grains, which contain gametes that will fertilize the ovule of another plant. Pollen is transported to another plant through the air by wind or by insects such as bees. When there are large amounts of pollen in the air, it can cause allergic reactions in some people. Because it is airborne, it can easily enter the home. To alleviate symptoms caused by pollen and flowers, one will need to avoid bringing the pollen into the house as much as possible. This is easier said than done, as pollen can be carried indoors on clothing, by pets, or through open doors and windows. To reduce the amount of pollen that pets carry indoors, bathe them regularly. Keep windows closed and use air conditioning or fans to circulate the air during pollen season. When going outside, do so when pollen counts are at their lowest, which is typically after heavy rains or later in the afternoon. If coming in the house after being outdoors, remove clothing immediately, wash them, and shower. Avoid bringing in cut flowers as well.

Cigarette smoke is one of the most dangerous pollutants that can be in one's home. This is because cigarette smoke contains a number of chemicals that are harmful to the health of the person who is smoking and to those around them. This includes VOCs, or volatile organic compounds, particulate matter, nitrogen oxides, and carbon monoxide. Cigarette smoke causes a host of health problems that include, but are not limited to, asthma, nose and throat irritation, coughing, reduce lung capacity, and lung cancer. The presence of indoor smoke can be eliminated and associated health problems reduced by forbidding the smoking of cigarettes in the home. When people smoke outdoors, they should do so away from any open doors or windows to prevent the smoke from entering the house. Based on a study by NASA, placing certain types of house plants in the home can also help to remove some of the chemicals that are associated with cigarette smoke. For example, chrysanthemum can help to remove formaldehyde and benzene from cigarette smoke out of the air.

Cleaners, air fresheners, and dry cleaning are just a few of the things that contain chemicals that can contribute to indoor pollution. People can reduce the amount and type of chemicals used by paying close attention to labels prior to purchase. Items such as disinfectants and particle board, for example, may contain formaldehyde, which can cause irritation of the eyes, throat, and nose. Formaldehyde is also a carcinogen and can cause skin rashes and symptoms similar to asthma. The solvents used in dry cleaning can affect breathing, and some are even toxic. If possible, people should let freshly dry-cleaned clothing air out prior to bringing the items into their homes. Beauty products and supplies used for arts and crafts can have fumes that are just as toxic as some cleaning supplies. Fumes from these chemicals can also be avoided by making smart purchases and buying products that have "low VOCs" marked on the packaging. Other chemicals include those found in perfumes, adhesives, pesticides, room deodorizers, deodorants, and vinyl flooring. People can get rid of the fumes from these products by opening windows and turning on exhaust fans when using them.