How To Install Shower Grab Bars 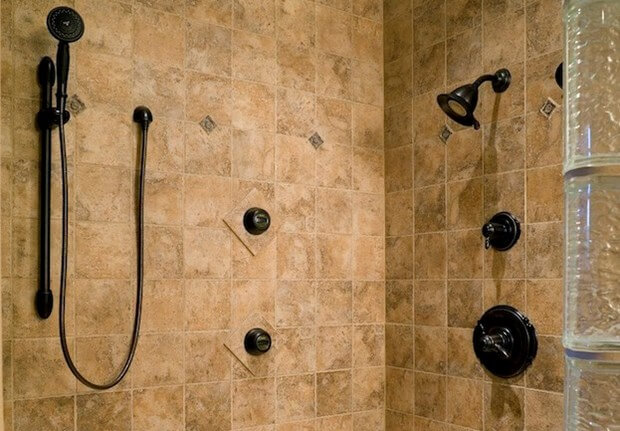 Shower grab bars are not only for those 80 years and older. Shower grab bars give you that extra safety blanket as you step in and out of your shower. Likewise, if you have a larger shower, they help keep you stay on your feet as you move freely throughout the master shower.

Best part yet is that grab bars for showers are easy to install and anyone with minor DIY experience can complete the project on their own. Below, I will discuss how to install shower grab bars and where to mount them. 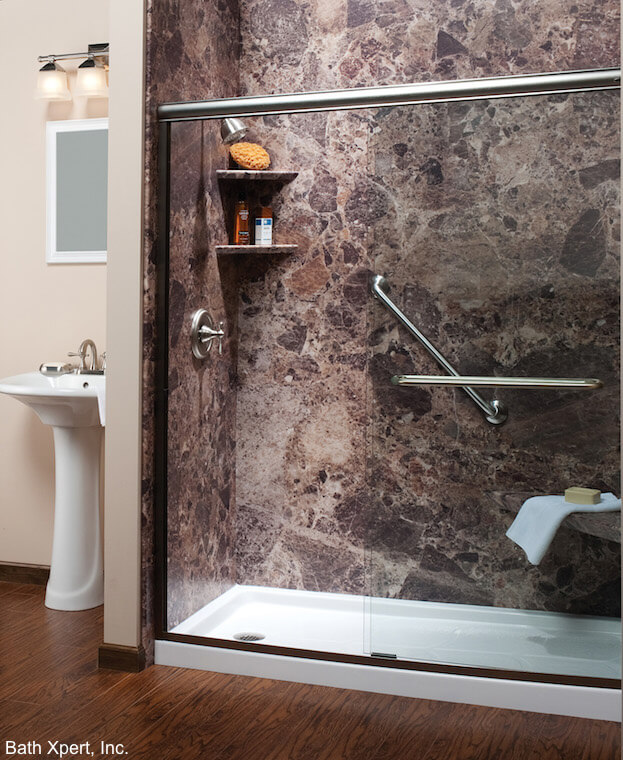 Where to Put Shower Grab Bars

Before we add our new shower bar, we must first decide on the location. The location will largely depend on the number of bars being installed. If you are installing one shower grab bar, the most logical spot is vertically, along the edge of the tub where you enter. Whenever you shower, you enter and leave from this spot and want to make sure it is the safest spot in the shower.

The bottom of this bar should be about 36” from the floor, but this will largely depend on your height. As you will see soon, make sure it can be screwed into a stud.

If you’re adding a second grab bar, the most ideal spot would be at an angle along the sidewall (long back wall of shower - picture above). This bar should be used as you shower. Since it’s installed on angle, one end will be connected to one stud and the other to the stud right next to it.

The bottom of this shower grab bar should be about eight (8) inches from the top of the tub. Use whatever angle you think is best for the top end of the bar.

If you spring for a third shower grab bar, place it horizontally at the end of the tub, about 18” above the bath. 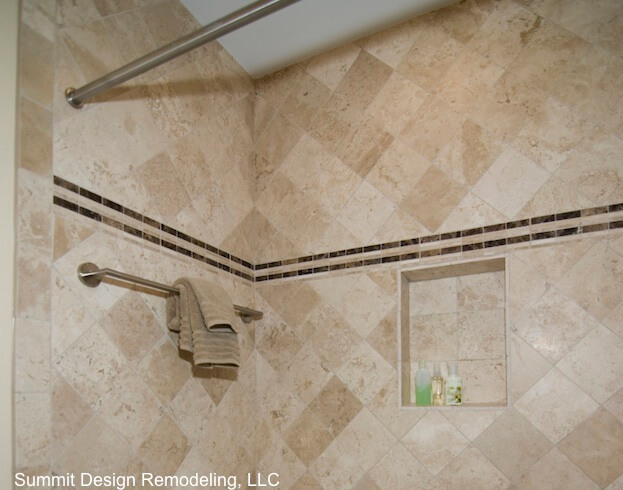 How To Install Shower Grab Bars

For the purpose of installing the shower grab bar, I am going to focus on bar No. 2 from above. This is the angled shower bar located along the sidewall or long back wall of the shower.

The first thing we have to do is find the studs (two for this bar). Without studs, the grab bars will not have enough strength to hold up in case of a fall.

The easiest route is to use a stud finder. However, as I noted in DIY Tips For Mounting A Flat Screen TV, there are other ways to locate a stud.

As our friends at The Family Handyman point out, if the wall tile extends to the ceiling, drill 1/8-in. holes with a glass-and-tile or masonry bit in a horizontal grout line instead. Patch the holes later.

Mark the studs with a pencil, both at the center and edges of the studs. You can find the edge of the stud as you hammer in a nail. If it goes in easily, that means no stud is there. If there is some resistance, then the stud is still there. Remember, most studs are one and a half (1.5) inches wide. 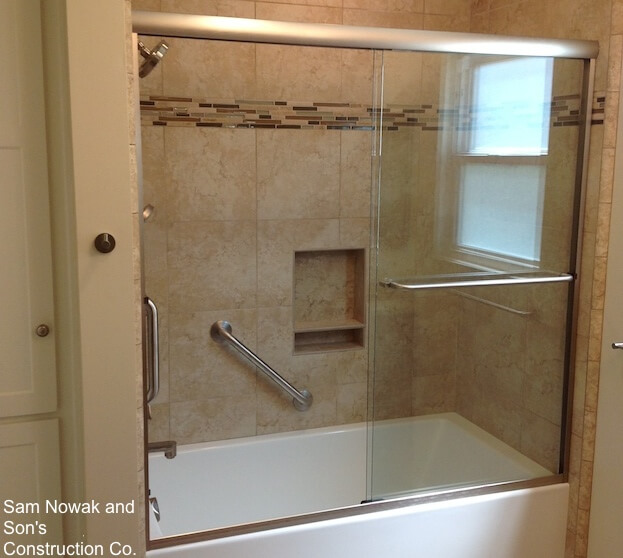 Extend Stud Marks to the Tile

Most showers have some sort of tile along the walls. As you can imagine, it is more difficult to screw into a stud behind tile than drywall. Either way, it must be done.

Move down, along your stud location and mark the studs on the tile. A long level would be perfect. Make sure you mark the center and edges once again on the tile.

Then, take your shower grab bar and hold it firmly in the exact location where you want it installed. At the edge of each shower grab bar (mounting flanges), there should be two or three screw holes. With your pencil, mark at least two of the holes (the ones within the stud) on each edge of the bar.

Drill Into the Studs

Drill a 1/8-in. hole with a glass-and-tile bit at the mark closest to the center of each stud to confirm the stud location. Make sure you hit the stud. If not, confirm the closest stud and try again.

Do not drill the bar in right away. We are just drilling small holes to make sure we are still in front of a stud.

Now, with holes drilled and caulk in place, screw or drill the grab bar into the wall with the screws recommended by the manufacturer. The screws should go in at least one (1) inch deep.

After you have drilled the bar into the wall, tug and pull on it. Make sure it is firmly in the wall.

Note: For the holes in the mounting flange that don’t hit a stud, use a plastic anchor.

As The Family Handyman pointed out, as long as these screws penetrate at least one (1) inch into sound wood (stud), the grab bar will meet or exceed the 250-lb. load rating required by the government for public buildings.

Installing shower grab bars is not a difficult project. Like we always say, as long as you have a step-by-step guide and the recommended materials, it’s as easy as one, two, three.

Still need some help? Let us connect you with up to four free shower contractors in your area!