Is A Cordless String Trimmer Worth It? 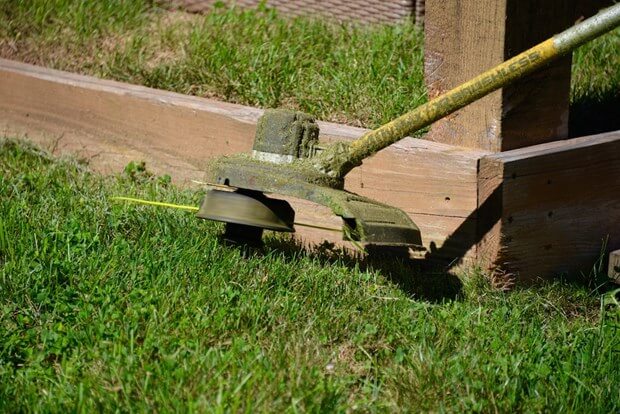 Can cordless lawn care tools really cut it for your lawn care? I tried out DeWalt’s new 40-volt string trimmer and the answer is YES.

It just doesn’t add up that you can get internal combustion, gasoline-powered performance out of a box (battery) with very little noise or smoke or spark plug to change.

So if you’re thinking about replacing some of your landscaping gear that has gone kaput over the summer or are looking for end-of-season deals that might pop up, you may be well served by going cordless on your next trimmer, on sale or not.

But of course, there’s a catch.

DeWalt’s DCST990H1 trimmer promises ‘guaranteed gas performance’ and while it delivers, there should be about 80 asterisks after that claim. The good news is that it is mostly good news.

First on the money you’ll spend on a new energy platform: It delivers. I’ve trimmed and edged healthy, tall grass many weeks past due of a typical maintenance mow and I got awesome results.

While the unit is heavier than my gas models, the balance is good both cutting horizontally and edging grass. In this context, I’m on board with the ‘gas performance’. 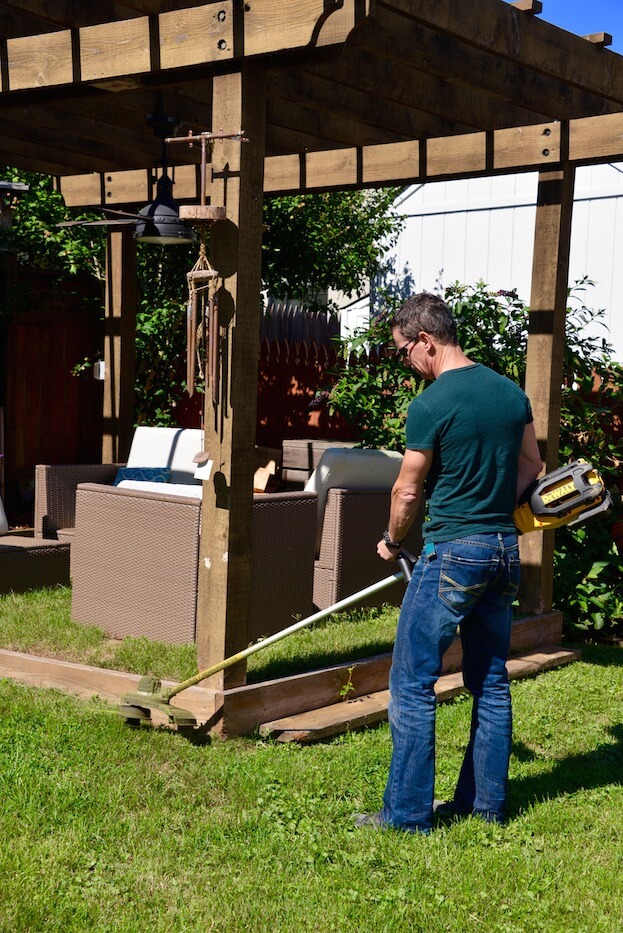 Where DeWalt is wrong is the part where it’s better than gas. The DCST990H1 is wonderfully quiet. Sure, there’s the hum the string and the grass being cut and the line advancing (the line advance and string exchange work well), but that’s really about it. And, if you release the trigger, the tool is just off. No idling mini-bike motor gurgling along with you between trees or garden beds to maintain. It goes from silent to not at all loud. Awesome if you have neighbors and like to get out there early or little kids in the house who nap.

Likewise with odor. You may smell from sweating, but you wont smell like exhaust or feel it on your skin because there is none to feel.

But it is a battery and not a tank, so another asterisk. It takes me somewhere between 20 and 30 minutes to trim and edge my lawn. I’m working along fences, edging garden beds, moving around pergola posts and the play set. It’s not just whipping under a fence or skating along the sidewalk; the string is almost always meeting some resistance from objects like posts and dirt in addition to the grass being cut.

I didn’t get scientific, but it essentially takes at least 2/3 of a fully charged battery to get that done. Then I have to re-charge the battery for an hour. So, sure, it performs like gas, until you need to fill the ‘tank’. Then, it performs like a cordless drill without a second battery. But I have to add my own asterisk here.* Hold on, I’ll get back to this.

The manual also says the batteries perform better if they’re charged in a climate controlled area. So if your garage is un-heated, expect lower run time when it’s cool in the spring and fall. 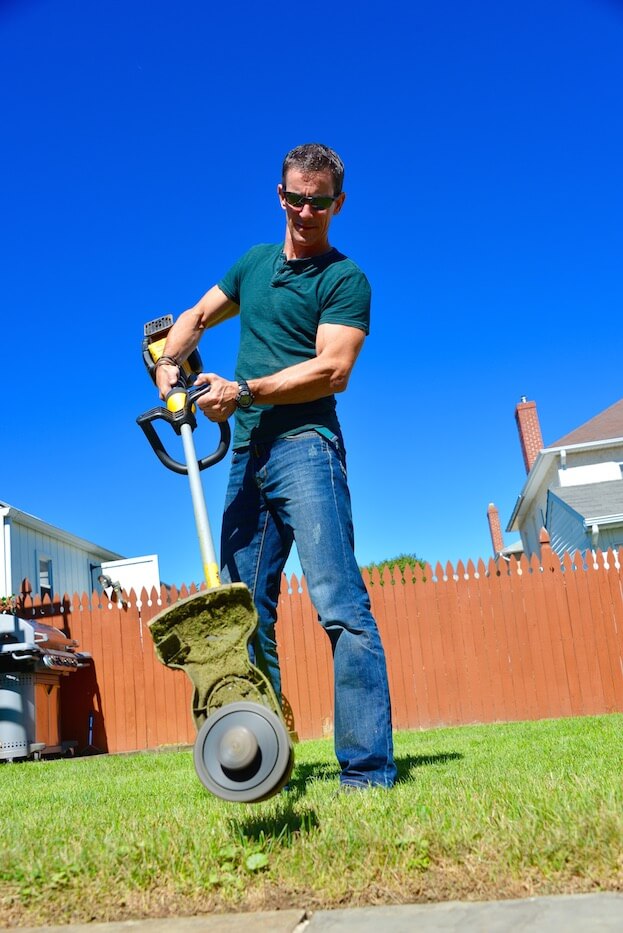 So let’s say, it only takes you 15-20 minutes to trim your yard and you’re thinking that this tool is right for you. The other thing that you should consider is that if you forget to drop the battery back on the charger between uses, you may end up having to go back and trim.

*Since you’re mowing too, it’s not like you can’t mow the lawn first and trim second, so is this the worst thing in the world? No. Having something to do while the battery charges is almost like having a second battery.

No gas can to keep, to re-fill, to mix oil in, to spill, to stabilize or throw out between seasons. I go through several gallons of gas a season. And it doesn’t run out when I’m already out getting gas in normal life. It’s usually a special trip, so there is a lot of time saved using a battery-operated unit if you include trips to the filling station you don’t take. What’s more, I have a truck, so I don’t care about carrying gas cans. I would not want to transport them inside a car.

So I understand the ‘gas performance guaranteed’ claim. The image of a landscaper pulling a unit off his truck seems ambitious (unless he has spare batteries, which would make sense for a pro, but would be different math than buying one for home use) so it’s an apples and oranges kind of thing to me.

Bottom line: With one battery, I got about 30-minutes of gasoline-quality run time and that works for me. And I get it all without the inconvenience, smell, noise, and expense of gas. It delivers gas performance, only better.

The Best Backyard Fence For Dogs

How To Landscape With Stones