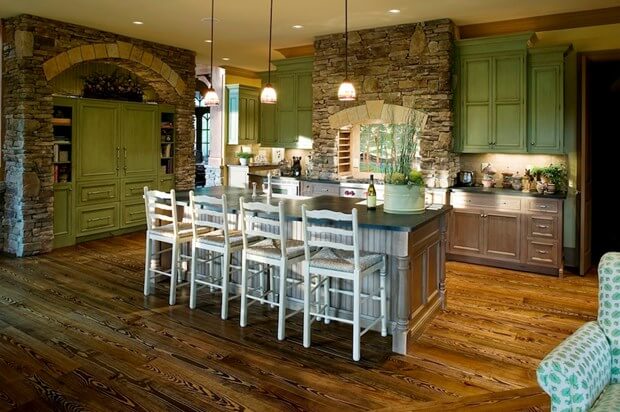 Every February, ImproveNet looks back at the kitchen and bathroom remodeling trends over the last year. While new insights are always fascinating, it gets even more interesting when you compare to the year before.

As any home remodeler knows, trends come and go. What was hot one day may completely die out the next. Fortunately, the popularity of most kitchen and bathroom projects did not change much from 2014 to 2015. Nevertheless, other data, such as timing and budget, did show some unique results.

Continue reading to see how kitchen and bathroom remodeling trends changed from 2014 to 2015. 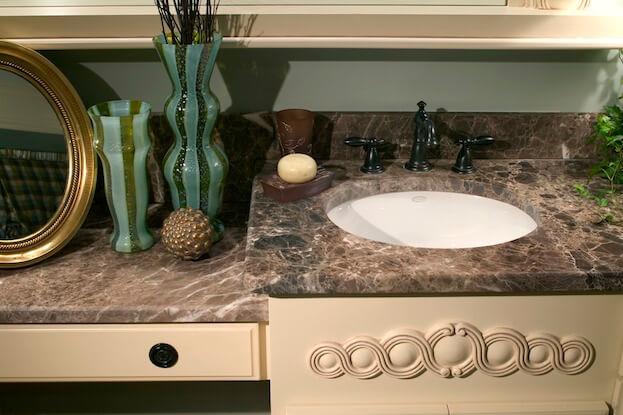 After analyzing over 350,000 bathroom and kitchen remodeling projects, a few distinct trends emerged. 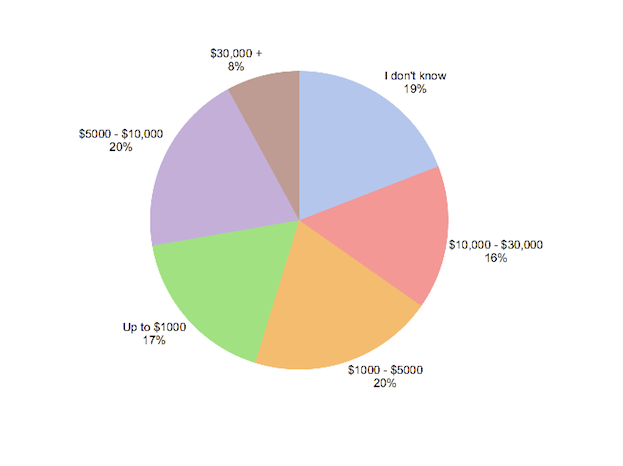 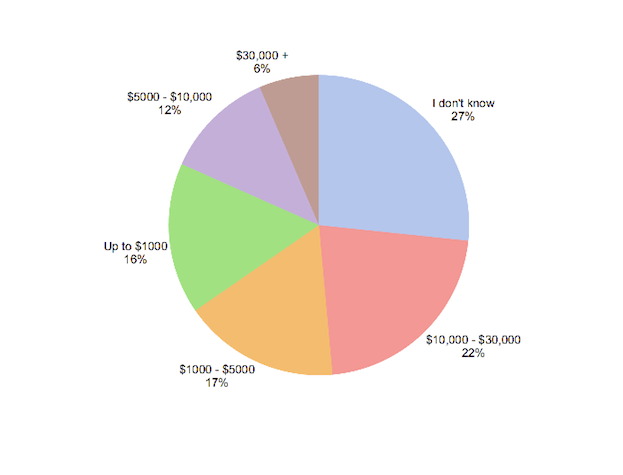 As our kitchen renovation cost estimator dictates, the average price for a kitchen remodel is $17,226. Therefore, it’s no surprise that more homeowners budgeted in that $10,000 to $30,000 range. 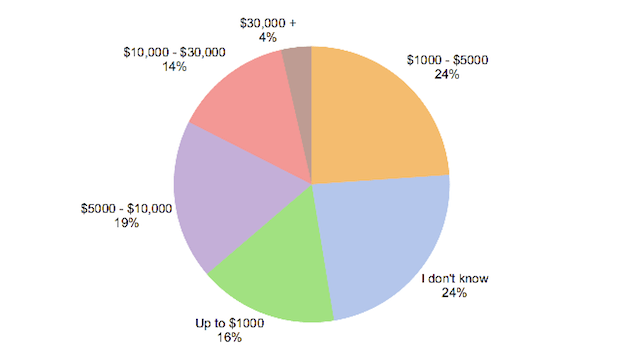 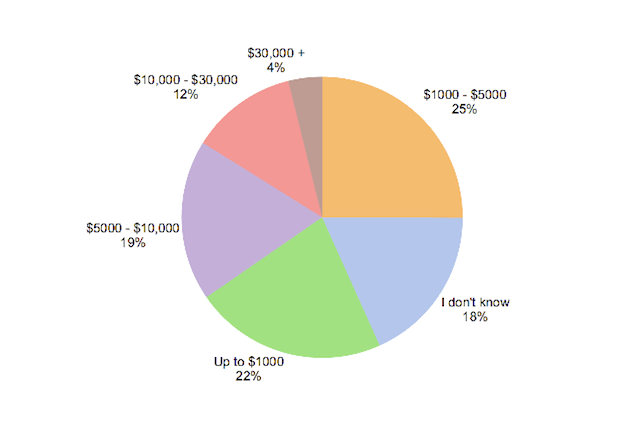 Given the results, it’s safe to say that most homeowners are taking on smaller bathroom remodeling jobs as opposed to complete bathroom overhauls. Nevertheless, since the average price of a bathroom remodel is $7,920, we expect this number to go down in the coming year.

One of the biggest revelations that came from this survey dealt with project timelines. Homeowners want their projects done sooner rather than later. While every timeline depends on a multitude of factors, from project severity, available budget, size and so on, in general, bathroom remodeling projects are smaller jobs when compared to kitchen renovations. Nevertheless, it seems homeowners wanted their kitchen projects completed sooner than their bathroom projects. 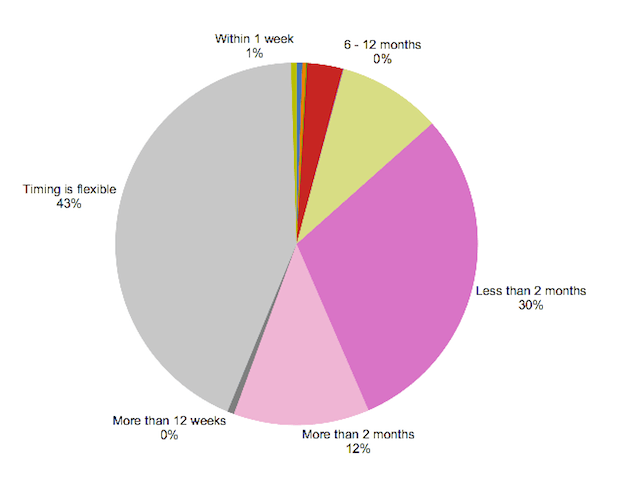 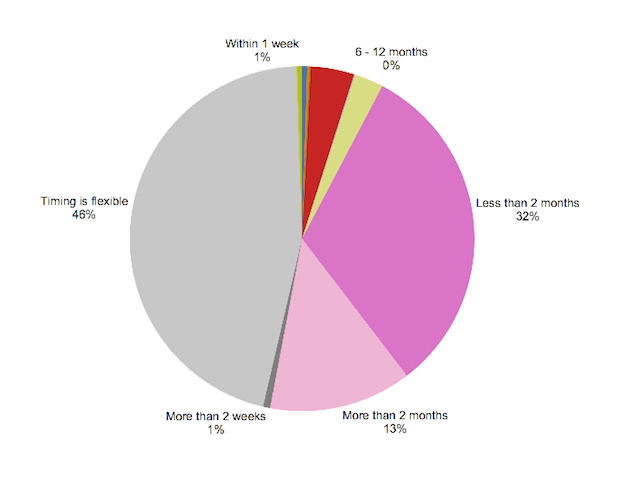 As you can see above, the percentages did not change much from 2014 to 2015. However, take note of the “Less than 2 months” sections. According to the data, 32% of our respondents said they would like to complete their kitchen remodeling project within two months.

Much like kitchens, the bathroom percentages did not change much over the last two years. However, as discussed above, the immediacy certainly stands out when compared to kitchens. 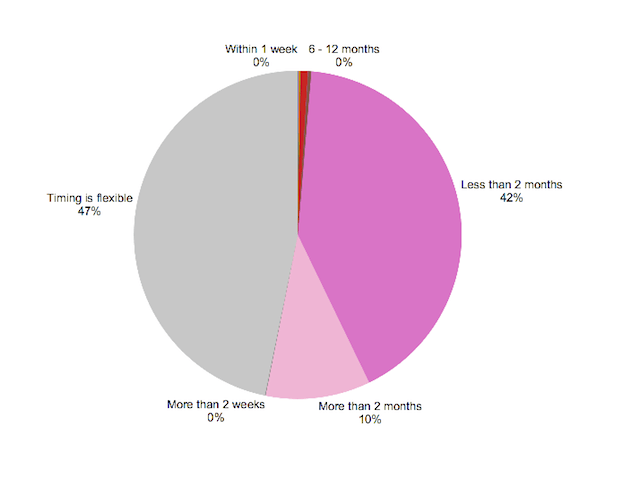 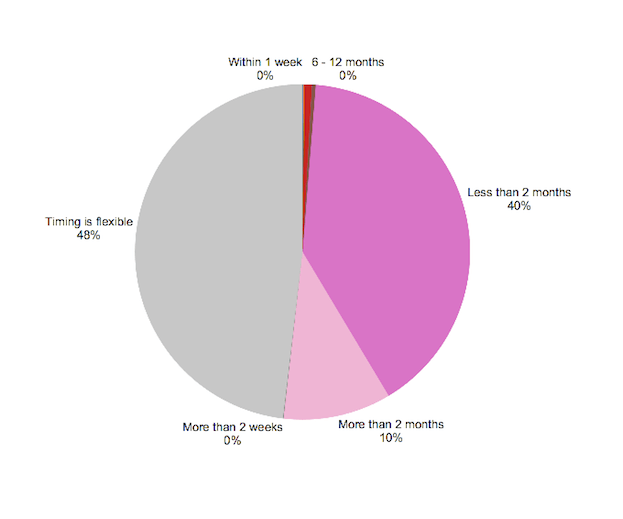 As you can see, in 2015, 40% of respondents wanted their bathroom renovation completed in less than two months. Given that on average, bathroom remodeling jobs are smaller, it’s surprising that more homeowners wanted their kitchens remodeled faster than bathrooms. Nonetheless, you have to give the people what they want.

With budgets and timelines out of the way, we can focus on the actual projects homeowners and contractors are completing. To no surprise, cabinets and countertops were the two hottest projects from both 2014 and 2015. Additionally, both saw at least a 9% increase year over year with countertops seeing the biggest surge among any kitchen remodeling project. 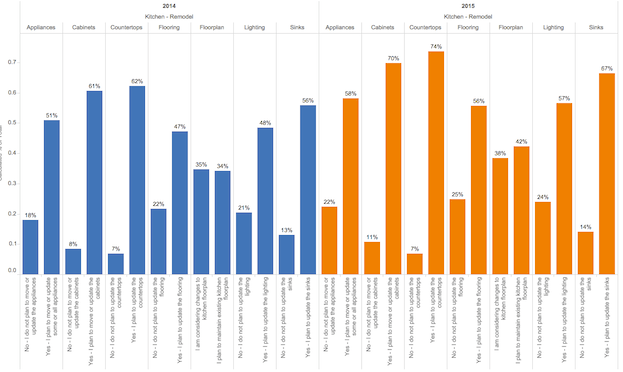 Note: While many homeowners answered all questions, some chose not to participate in this section of our survey.

As opposed to kitchens, we saw an even spread across the board in terms of what elements to remodel. Of all bathroom remodeling projects, 56% of respondents planned to repair or install a new toilet (the least popular project). The three most popular bathroom projects revolved around showers/baths, flooring and sinks. The top three did not change from 2014 to 2015. 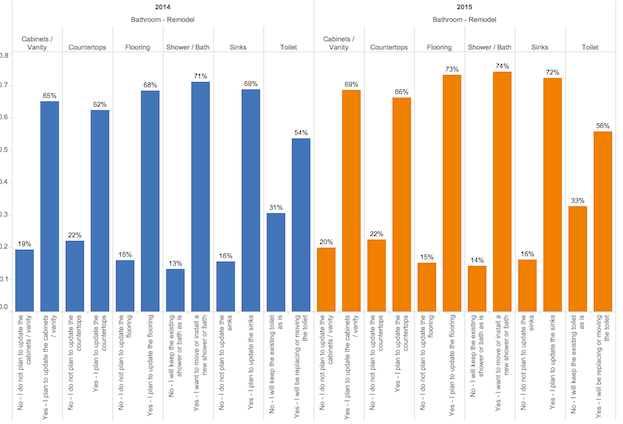 Note: While many homeowners answered all questions, some chose not to participate in this section of our survey.

As you can see, both kitchen and bathroom remodeling trends did not change much over the last two years. Despite numerous remodeling reports pointing to an uptick in home remodeling projects, we don’t expect these numbers to change much in 2016.

If you want to follow trend and update your kitchen or bathroom this year, click here and connect with up to four pros in your area.