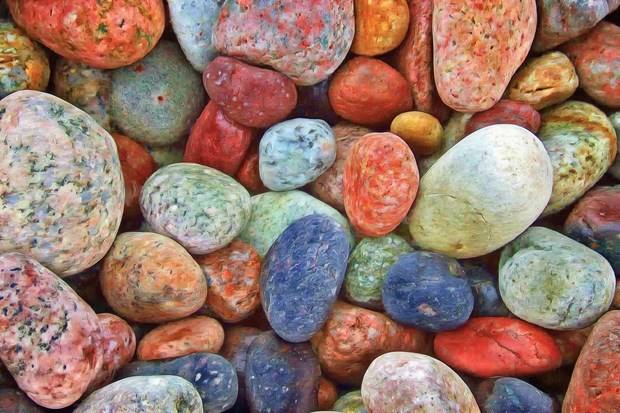 The oldest rock ever discovered is more than 3.9 billion years old. Eight elements combine in various ways to form a majority of the different stones at Earth's surface: sodium, oxygen, potassium, silicon, magnesium, aluminum, calcium, and iron. Rocks are continually being changed by the environment, with water and wind wearing them down or carrying pieces away. Many people enjoy collecting rocks as a hobby, either to admire them for the beauty, study them scientifically, or even use them in art projects. While collecting rocks is an enjoyable pastime at any age, it's also educational. There's a lot a person can learn about Earth's 4.5-billion-year history from rocks they accumulate in an amateur geological collection

How to Get Started

Starting a rock collection is easy. It could begin at the most basic level by walking around outside and picking up eye-catching rocks. A casual stroll in one's neighborhood could reveal many stones that may be attractive. The local territory is a great place to practice collecting and get comfortable with tools of the trade.

For serious rock hounds, a few tools will be necessary, including a short-handled shovel, a chisel, safety glasses, work gloves, a decent rock hammer, sturdy boots, and a mallet. These items make up the beginner's essential toolkit, and one can purchase all of these things from their local tool shop or hardware store. As a person hones their collecting style and their collection of rocks grows, more sophisticated items may be added to the toolkit. To expand their rock search beyond their neighborhood, a person could go hiking in the woods or look near places where there has been erosion, like streams or riverbeds.

Some rock collectors also find value in joining a club where they can learn about collecting from and with people who share similar interests. A mineral collectors' club is an excellent place to learn from experienced collectors, find out where other gatherings are held, and learn about expeditions and events.

The name "metamorphic" comes from two words meaning "change" and "form." When a rock is subjected to intense heat and pressure, it changes in density and/or mineral composition. These rocks often have ribbon-like layers. They can also have twinkling crystals. Some metamorphic rocks include marble, slate, gneiss, and schist.

When molten rock or magma deep within earth hardens and cools, igneous rock forms. When magma comes from volcanoes, it's called lava. When lava cools quickly, few crystals can form, causing the rock to look glass-like or shiny. Other times, bubbles of gas can be trapped in the rock as it cools, which leaves tiny spaces in it. Igneous rocks are categorized into types based on factors including texture, crystal size, and chemical composition.

What Is Geology, and Why Is Studying Rocks Important?

Geology is the study of Earth's solid structure and its history. Earth science ranges from learning about the whole Earth as it moves through space to subatomic reactions of the planet's chemistry to the study of rocks and minerals. Geologists study rocks because they give insight into what Earth was like many years ago. With stones, geologists can put together a planetary record of history allowing us to track events that occurred on Earth before humans came along. Geologists can also help people understand how they are affecting the environment and the environment's response. Studying rocks is one way to understand Earth better, so people can improve their relationship with nature.