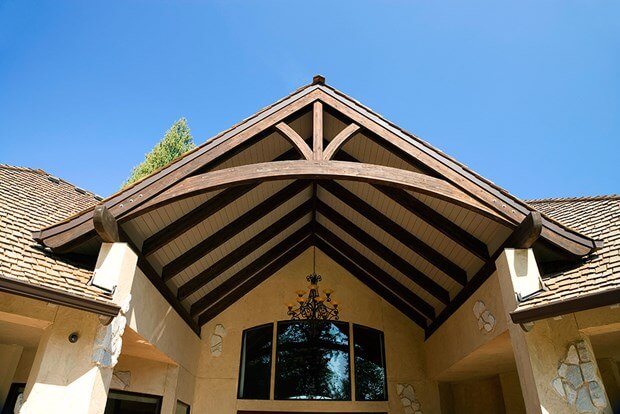 As a consulting architect, occasionally some of my clients will bring in a particular construction anomaly or scenario that puts all of my "marbles" to the test. Recently, the same general problem arose on two separate construction sites by two separate contractors. One was a roofing contractor who had a re-roofing condition that needed a rock-solid solution for one of his best client's personal residence. The other was a house addition that a successful songwriter decided to change. Originally, just a screened in porch, the songwriter now wanted an insulated, heated, and air-conditioned sunroom that could be comfortably used throughout the year.

Both were similar in that they had an exposed 2"-by-6" tongue-and-groove cathedral ceiling, including exposed wood beams on which the ceiling boards rested. The problem of how to insulate this type of roof deck included the need for a vapor barrier somewhere in a shingle roofing package.

The biggest problem, living in Tennessee, is that the climate here makes the use of either a vapor barrier or retarder crucial in its placement within the building's exterior envelope. If erroneously placed, a vapor barrier could lead to condensation occurring within the walls, or roof system, that may take years to evidence itself. For years, the old adage heard in the construction industry, concerning vapor barriers, has been "When in doubt, leave it out!" But this does not always provide owners with the best solution to their needs. It might only save an occasional designer or contractor from a foray into litigation.

Vapor barriers and retarders are not the same. A vapor barrier is practically impermeable to moisture passage, while a vapor retarder allows vapor molecules, such as those generated in most houses, to pass through. As an example, Dupont's Tyvek house wrap is a vapor retarder. Two plies of organic felt fully-mopped in asphalt is a true vapor barrier. The asphalt, or coal tar pitch, prevents any moisture migration through the plies.

In the above cases, the solution was to apply a "peel-and-stick" membrane directly to the topside of the tongue-and-groove plywood roof deck. This membrane was a polyethylene film on the topside with a polymer-modified bitumen on the underside. Then 2-inch x 4-inch boards were nailed vertically and the nail holes were sealed by the modified bitumen. Two layers of 1 1/2- inch-thick polyisocyanurate roof insulation were adhered into place and a plywood deck was nailed onto the top (2 inch) side of the nailers. The roofing felt and shingles were then applied to this plywood deck in standard fashion. Now the underside of the plywood roof deck could breathe as air moved through the 1/2-inch space between the plywood and the top of the roof insulation, which had a felt facer.

The last element of the puzzle was how to get the air to enter below and exit somewhere above. The enclosed eave detail allowed air to come in along the drip edge and a simple ridge vent allowed air to escape along the top, as the plywood decking was cut short of contact along the ridge.

Now, as vapor seeks to move inward during the warm, moist summer months, the peel-and-stick membrane keeps it from attacking the wood deck from above. And an even, homogenous application of a clear preservative on the inside of the wood ceiling (and walls) acts as the vapor barrier during the winter when the warm, moist inside air tries to marry up with the cool, dry outside air of winter. Of course, the mechanical unit inside must be designed properly to handle not only the inclusion, or removal, of humidity depending on the season's demands, but the air change must be such that ample evaporation also controls humidity's possible deleterious effects.

You have to take into account all of the factors regarding a demand, not just the obvious ones that someone missed prior to your involvement.

Harrison McCampbell is an architect who practices as a roofing and waterproofing consultant in Brentwood, TN. He has been involved in the roofing industry since 1977.