The Pros & Cons Of Kitchen Islands 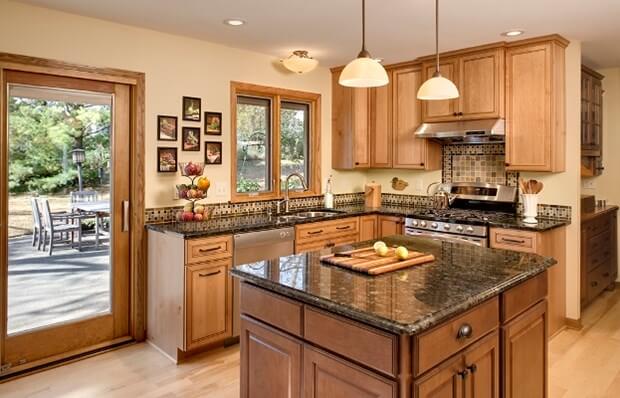 People see pictures of luxury kitchens with a large island online and on TV and think they just have to have one. In general, there’s nothing wrong with this. When we’re first meeting with clients for an initial consultation about a kitchen remodel, one of the most common things we hear is “we really would love to have an island in here.” Those kitchens are beautiful. The problem is that not every kitchen can have an island and not every kitchen should. Why do we say that? Here are a few things to consider before installing a kitchen island. 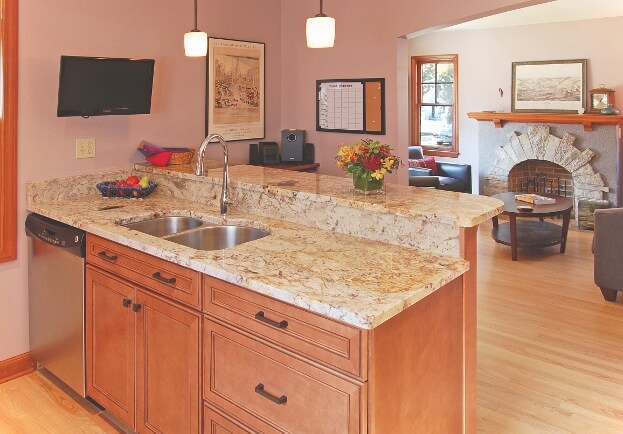 According to the National Kitchen and Bath Association (NKBA) guidelines, you should have at least 42” of clearance on each side of a kitchen island for a walkway. One of those walkways can be as narrow as 36” if you consider it to be just a walkway instead of a “work aisle,” but keep in mind that the function of an island is to have all sides open to work on. If you do that math, this requires a kitchen that is at least 12.5’ to 13’ from wall to wall to accommodate cabinets on each wall, a walkway on each side and a standard depth island. If there isn’t enough space in your kitchen, you’ll end up bumping into it more than anything else. In the end, you might find yourself wondering why you added an island in the first place.

If there is enough space for a kitchen island, there are still things to consider to make sure it’s suited to the design. A well-designed kitchen with a proper island can be a wonderful thing. Forcing an island where it doesn’t fit can throw off the whole function of a kitchen. We want to help you make an informed decision before taking the plunge and putting an island in your design. 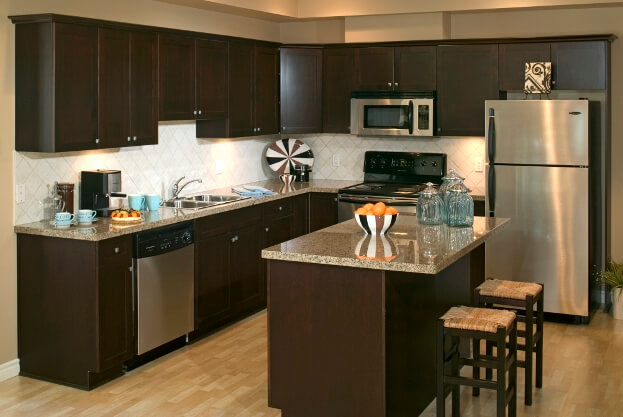 Even in larger kitchens, sometimes it’s hard to get as much counter space as you want. An island can help create an extra landing space for hot dishes, extra prep space, or even a spot to do your baking. It can also play into the visual/aesthetic portion of the design if you choose to make that countertop a contrasting or accent color.

Similar to counter space, an island can provide more cabinet space under the counter. This can put frequently used items in an easy to grab location within the work area.

An island can also be used for kitchen seating by adding a breakfast bar to one side. Keep in mind, if there is seating in one of your walkways, the NKBA says that the walkway should be at least 44” as opposed to 36” or 42”, but it can save you space by not having to include a kitchen table.

In an open concept plan, there are no walls on one or more sides of the kitchen. An island can not only provide added countertop space where there are no walls, but can also form a virtual divide between a kitchen and the adjoining spaces without closing it off. This can even out the work triangle and also make a space for the cook to work while still visiting with company in the other room 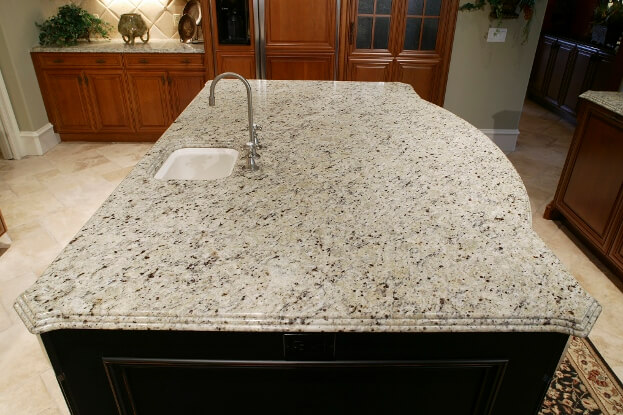 The refrigerator, sink and range create a work triangle that, when designed correctly, can vastly improve the functionality of a kitchen. An island can disrupt this structure and put obstacles in the way of preparation, cooking and cleanup.

To avoid breaking up the work triangle, appliances are often placed in an island. This can be problematic in two ways. Sometimes, the side of the kitchen opposite the island can be rendered a bit of a dead-zone, an expanse of countertop that goes unused. Or, you’re putting a cooktop in an island, it’s not only hard to vent, but a hot surface in an open area can be dangerous for children or people reaching across.

Adding an extra work space in the kitchen means adding more materials which could mean greater costs. The extra countertop and cabinets might add up to more than the flooring that would otherwise take the island’s place. 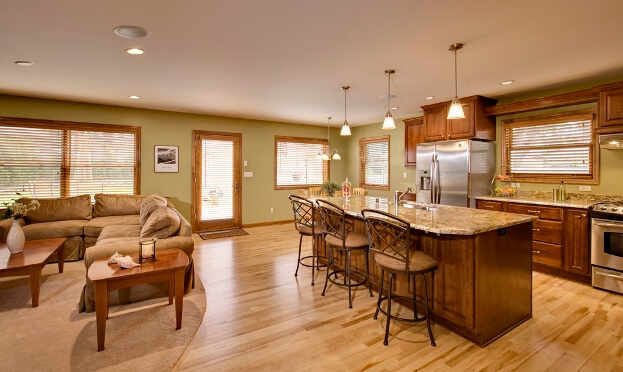 An alternative to a full island is a peninsula which has two usable sides of countertop. This could take the form of a working side and a breakfast bar, or two working sides. A peninsula can add the extra space you desire without disrupting the work flow of the kitchen. When it comes to designing a kitchen, there are many possibilities for adding functionality and style to the design. 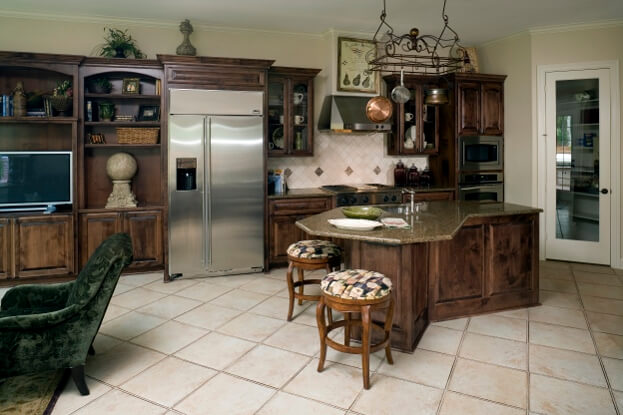 Before falling in love with the idea of a kitchen island, or any other design element for that matter, it’s always advisable to consult with a certified kitchen designer. The placement and details of an island can enhance the function of a kitchen and a kitchen designer can help you get the most out of one.

Have you put in an island in your kitchen? How did you make your decision? Did it improve your work-flow? Tell us what you think!