Outdoor mosquito misting systems, sometimes called mosquito misters, are pest-control devices that may help reduce the intrusion of mosquitoes and other flying pests in residential outdoor areas. Installing a misting system in a home's backyard or other open-air area can be an effective way to clear space around the house for people to enjoy the outdoors without getting bitten. Before you install a misting system of your own, there are a few things you should know about how mosquito misters work, what the risks are, and how to get the best results from the system you choose.

ImproveNet can help you connect with contractors to install mosquito misting systems. Search for professionals for free. 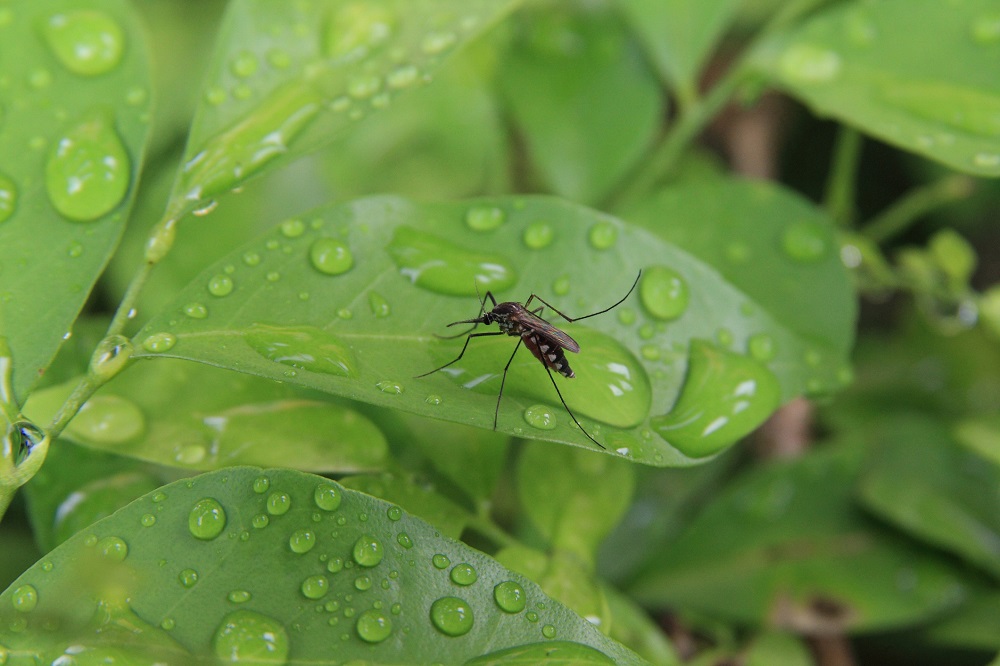 Mosquito misting systems are typically relatively uncomplicated. Pesticide flows out of a reservoir and into a pressurized system of plastic tubing. The tubes may have small holes that allow the pesticide out as a fine mist, or they may run to small nozzles that aerosolize the compound to put out a spray of tiny droplets. These droplets can hang in the still air for several seconds before dissipating.

Misting systems are often attached to timers to set their release in the early morning and late evening, two times when mosquitoes are most active. Other models can be remotely activated or simply turned on and off with a switch. Many of the more complex models come with sensors that can detect wind, rain, fog, or other conditions that reduce the spray's effectiveness so they can avoid misting during less-than-ideal times. There are some simple ways of reducing the mosquito population around your home you may want to use as well. 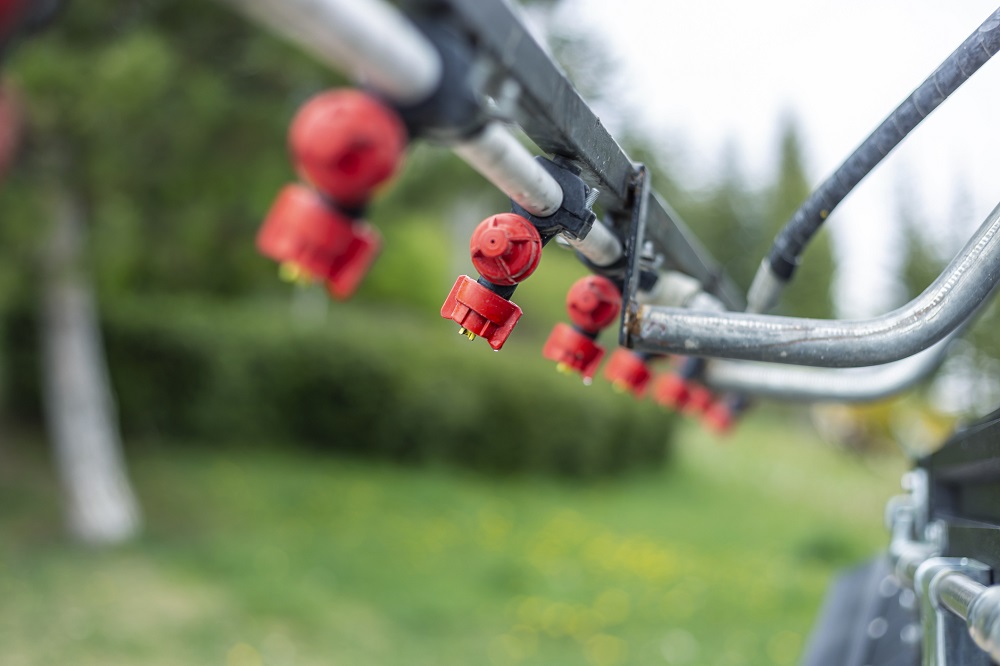 Pesticide agents that are intended to be misted over areas occupied by humans and pets need to meet certain safety and toxicity standards. Because of this, most mosquito misting systems use some combination of pyrethrins, permethrin, and/or piperonyl butoxide. These chemicals are generally not dangerous to large animals in the concentrations a typical mister creates, though it's important to always read the label before using any pesticide and only use agents that are approved for use both in your area and in the specific model of mosquito mister you have installed. 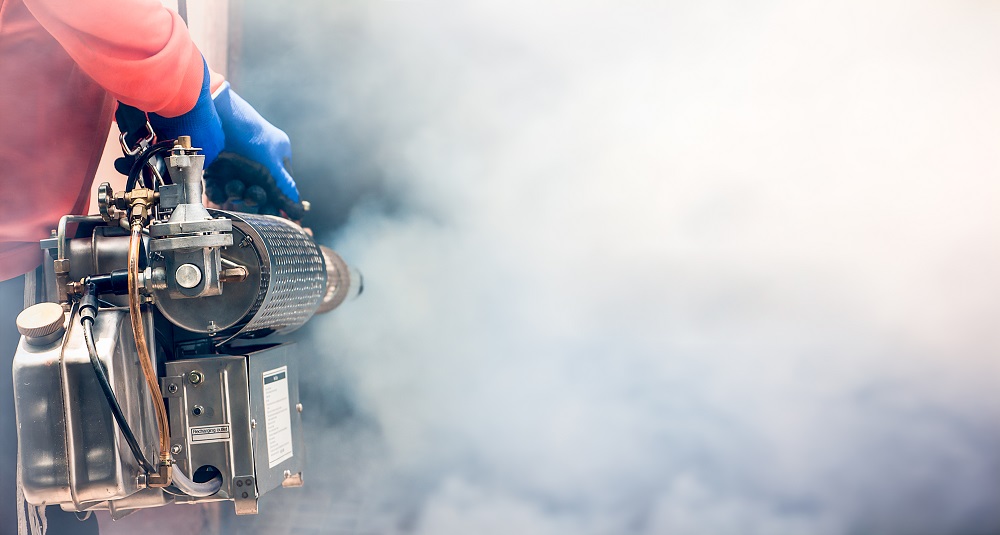 What Are The Risks?

Though the agents used in most mosquito misters are considered safe for use in spaces humans use, no pesticide is 100% safe all the time. Never use more than the recommended amounts of any chemical agents. One thing to remember about anti-mosquito sprays is that they are generally not confined to killing mosquitoes, and many of them are hazardous to other insects, including bees and ladybugs. In addition to the risks for all insects, permethrin is known to be highly toxic to fish and should never be used near water that contains living things. Fortunately, most chemical pesticides used in mosquito misting systems are short-lived and dissipate quickly. They are also typically not considered hazardous when sprayed in the concentrations recommended on the product labels. 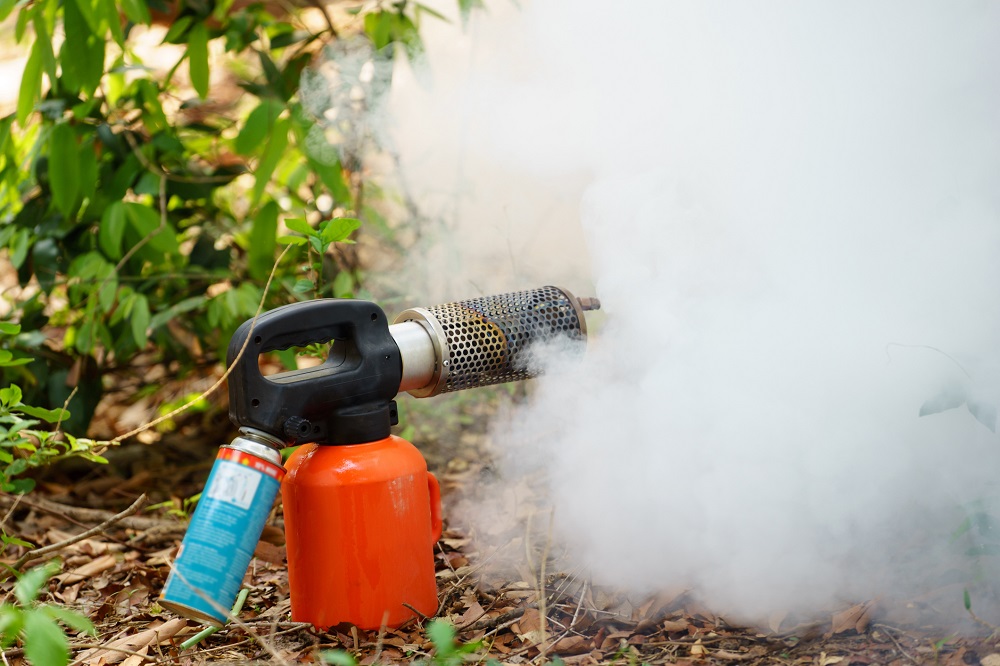 Regardless of how harmless a mosquito mister generally is, there are several best practices homeowners should follow to make sure their systems are effective and safe. First, it's recommended that mosquito misting systems only be installed by licensed contractors who meet your state's requirements for training and certifications. Always check to make sure the pesticide reservoir is closed and tightly sealed to prevent animals and children from getting access to them. If at all possible, try to install the mister system within 10 feet of ground level. This reduces the distance the mist can travel, and it may prevent the unwanted spread of pesticide over a neighbor's property.

It's also important to install the mister so that its emitters are far away from air conditioners and other intake systems that could transport the spray into your house. Always check the tubing and nozzles for leaks, and try not to use the mister at times when people are likely to be nearby. Ideally, your mosquito mister should only operate when the target insects are active in the yard. Because most biting species of mosquito are most active in the morning and evening, the system's timer should be set for these hours only. Remember to switch the system off if it's not going to be used for more than a few days. If your mosquito misting system is likely to be offline for longer than a couple of weeks, empty the reservoir and dispose of the contents in compliance with both the label instructions and all applicable state and local laws.

If you have any problems with your mosquito mister, be sure to have a professional check it over and make any repairs before using it.

Mosquito misting systems are classed as dispensing devices by the EPA, so they are not regulated on the federal level. Individual pest agents are likely to be regulated, however, so it's helpful to review the laws that apply to the specific pesticide you're using. States vary widely in how they regulate mosquito misters. Some states have no laws governing the devices at all, while others are very strict about installation, placement, and use. Regardless of what the laws are in your state, your local government may take a hand in regulating misting systems' use as well. Only install a mosquito misting system after you have made sure yours complies with all relevant laws in your area.

Get free estimates for your pest removal project.