Why Does My Smoke Alarm Keep Beeping 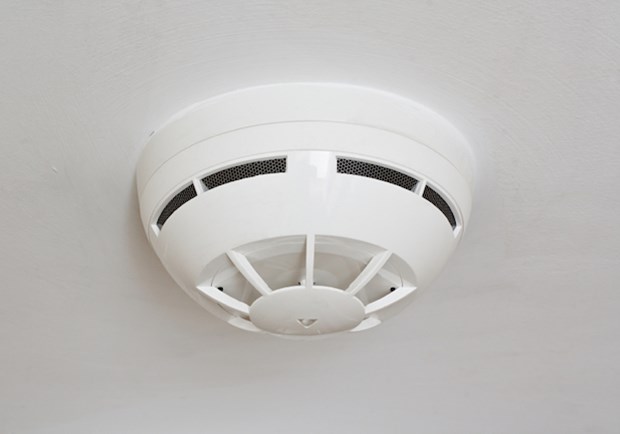 If none of the following solutions work, it's time to contact a local alarm professional.

We'll get into specifics later, but for quick results, try the following:

Many smoke detectors only come with minimal sets of guidelines or tiny instruction booklets that get lost easily. Even if you misplace your manual, however, you can still check the instructions printed on the back of the smoke or carbon monoxide detector. This is the quickest way to find out what the sounds your detector is emitting mean. If the label came off, you may be able to look up instructions online using the model number and manufacturer's name.

Because detectors can be obscured by smoke, they must signal occupants using an audible beep. In most cases, different kinds of beeps mean different things.

Smoke alarms that detect the presence of smoke or high temperatures usually emit a continuous, drawn-out siren noise. When smoke alarms beep regularly with spaces between each tone, however, they're often just low on battery power. Of course, it's important to check the instructions to find out what's wrong, but replacing the battery with a fresh cell is usually the first step.

What if your smoke detector keeps beeping even after you insert a new battery? In that case, you may have a faulty detector. You should have a smoke detector in each part of your home so that you'll be alerted to fires as early as possible, so bring one of your non-beeping detectors to the affected area.

If the second detector begins beeping like the first, then the location is the problem. For example, if you've been doing home renovation work, the air could be full of construction dust or other particles that set off the alarm. In other cases, faulty electrical wiring nearby might be giving off invisible vapors as its insulation melts even though it's not on fire.

On the other hand, if your other smoke alarm doesn't start beeping in the new spot, then your first alarm is probably faulty. A circuit error or old age might be compromising its ability to behave normally, meaning that it might fail to detect danger. It's best to replace your alarm with a new one.