How Much Does A Ceiling Repair Cost?

Most homeowners spend between $447 to $794 nationally.
Get free estimates from local contractors who can Repair a Ceiling. 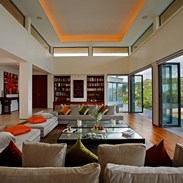 We don’t always look up, but when we do, leaks, cracks or scratches can all inhibit your beautiful design. Sadly, ceiling repairs do happen and the cost to fix a ceiling largely depends on the problem at hand and the ceiling type. See how to reduce your ceiling repair cost below.

As always, if you need help at home, ImproveNet can connect you with up to four local ceiling repair companies!

How do we get this data? This info is based on 149 cost profiles, as reported by ImproveNet members.

While the costs vary based on the ceiling type and issue, your overall ceiling repair cost should fall between $500 and $1,200.

For a majority of ceiling types, roughly 80% - 85% of your project cost will go towards labor. Much like a tiling project, ceiling repair is a very manual process. As such, local ceiling repair contractors have a right to charge more than non-labor intensive projects. However, within those labor costs should include:

As always, location can largely affect labor prices. Therefore, hiring a ceiling contractor in New York will most likely cost more than a ceiling repair project in Denver.

While labor takes up a majority of the project cost, all ceiling repair jobs need extra materials. After all, if you have a crack or large water stain on your ceiling, you have to replace it with something.

If you currently own a standard ceiling, such as drywall or plaster, your material costs should not exceed $100. On the other hand, if your coffered, beam, tray or any other specialty ceiling is damaged, your material costs will rise. Costs range from as low as $0.50/sf to as high as $15/sf.

As you can see, material ceiling repair prices depend on your current ceiling type and the size of the damaged area. If you’re working with drywall, determine how much you need with our drywall calculator. 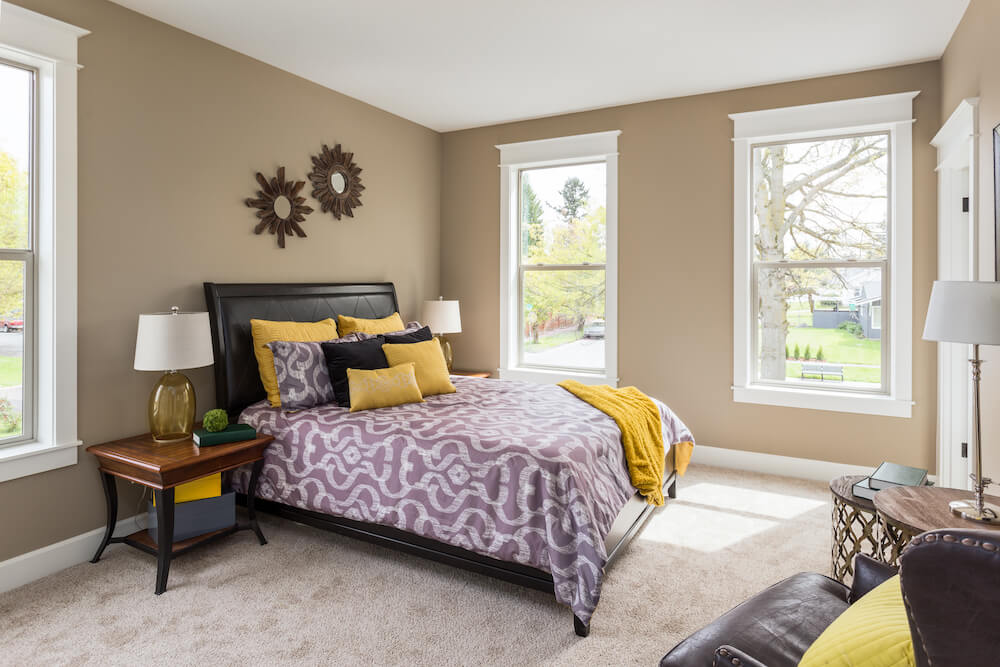 All ceiling repairs were not created equal. Some ceiling issues are more serious than others or indicate extensive damage above your ceiling. Therefore, your final ceiling repair cost will depend on the issue at hand. Below are few of the most common ceiling repair jobs:

Unlike some of the other issues below, if you see a leak or water stain on your ceiling, you need to repair it ASAP. Water damage only gets worse with time. Reason being, you need to determine the cause of the leak to fix it. Sadly, leaks can come from pipes, tenants above or natural rain. All can not only result in a very ugly stain, but also cause your ceiling to sag or buckle.

Since we are dealing with water, your first call should be to a local plumber. Once they diagnose the issue, they can fix the pipe or patch up the entry. Then, a ceiling repair company can finish the job.

As long as the foundation is not the root cause of the damage, leaking ceiling repairs should not cost more than $1,200.

The other common ceiling repair revolves around cracks. Even if you maintained your floors, roof, walls and ceiling, over time, cracks on the ceiling will form. Where they form largely determines your ceiling repair cost.

Houses move ever so slightly over their lifetimes. As such, it makes sense to see a crack or two along the outer edge of the ceiling (or where the ceiling meets the wall). If you see such a crack, take a sigh of relief, as your ceiling repair price should fall within the average.

On the other hand, if you see a large crack going down the middle of the ceiling (and wall) or if your ceiling is sagging without water damage, structural issues are at play. This could indicate framing, roofing or flooring damage. Unfortunately, you’ll have to call separate foundation, roofing or flooring contractors to fix the issue, all of which add on to your ceiling repair cost:

Just like cracks, if you live in your house long enough, paint will start to peel. Likewise, if you experienced water damage, your paint will likely peel. Luckily, repainting a ceiling or certain spots is by the far the easiest ceiling repair project. The larger question comes down to how you want to fix the problem.

When paints start to peel, most homeowners repaint the entire ceiling. Painting an entire ceiling provides a uniform look, unlike option two below. On average, the cost to paint a 500sf ceiling ranges between $250 and $420

The cheaper option is to repaint just the damaged patches. Depending on your painter, the final outcome should look the same. However, over time, you may notice different tints in the ceiling or have certain areas become damaged faster than others. As such, it pays to repaint the entire ceiling.

Finally, while we’ve touched on these already, foundation repairs greatly add on to your ceiling repair cost. Whether it’s water damage, poor soil, grading issues or a loose foundation, structural issues are serious and expensive. As such, they should be fixed right away. In addition to some of the previously mentioned repair costs, below are other possibilities you should review. 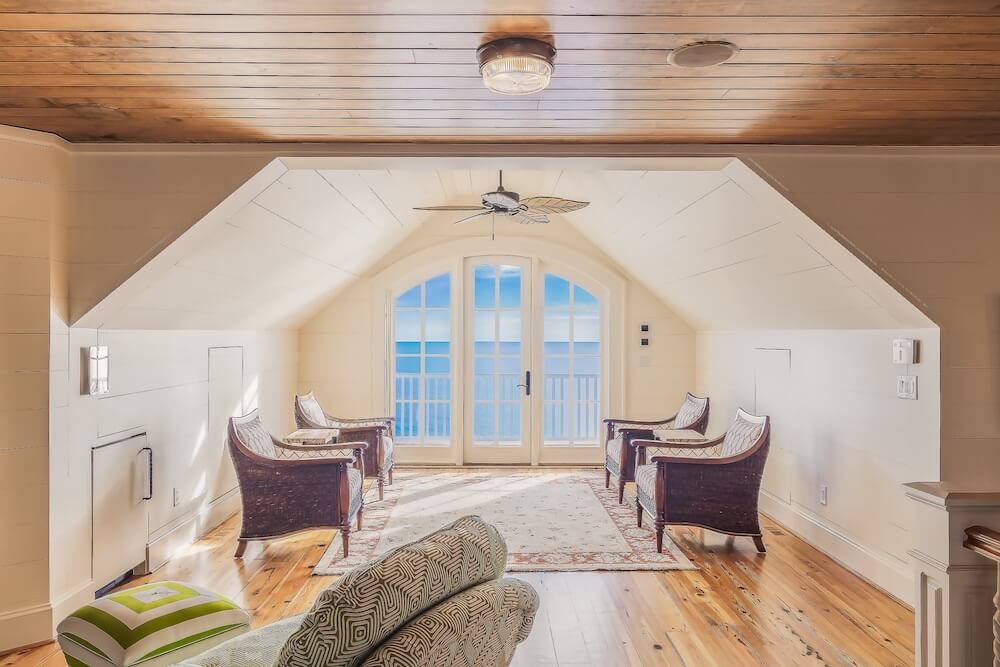 Types Of Ceilings & Their Costs

Drop ceilings are the least expensive and easiest to repair. Because they are made of prefabricated tiles, repairs often only involve swapping broken tiles out for new ones. This is as easy as lifting one out and lowering another one in.

Drywall is probably the next cheapest to repair. The nature of drywall allows it to be cut and spliced, with the end-result looking brand new. Depending on the size of the damaged drywall, this process is extremely straightforward and is relatively easy for any contractor. As such, drywall ceiling repair costs should not exceed $600. If you receive multiple drywall repair bids over $1,000, consider replacing your entire drywall. The average cost to install drywall is $1,500 or $0.30/sf.

To actually fix the ceiling, the contractor will use a utility knife to cut out the damaged section and replace it with a new, fitted piece. Often, significant amounts of spackling and sanding must be done before it is painted, so it will blend in with the surrounding drywall. Unfortunately in many cases, the existing ceiling paint is old and worn, making it necessary to repaint the whole ceiling. Extra paint and painting supplies could increase your overall ceiling repair cost.

Repairing plaster is usually a much larger challenge. Depending on the area, size and severity of the damage, this type of material can be fixed in a few different ways. Cracking can be sealed with more plaster and leveled out to result in a clean finish. In most cases, it's not that simple. Sometimes after removing the damaged section, it is possible to replace it with drywall.

If the damage to your plaster ceilings is too extensive, it often must be replaced with new plaster or drywall. In addition to the costs mentioned above, expect the process to take a few days or up to a week to complete. 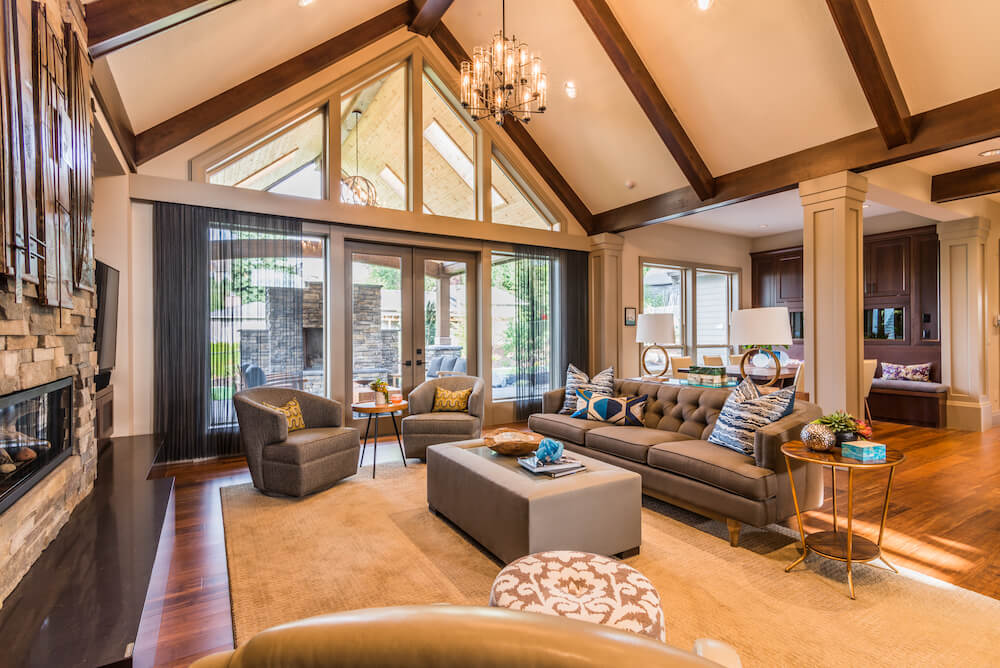 Just like an old or heavily damaged car, sometimes, it makes sense to replace rather than repair. Unfortunately, with extensive water damage or foundation issues, it may make more sense to install a brand new ceiling rather than repair an older, damaged ceiling.

DIY Or Hire A Contractor?

Most ceiling repairs are relatively straightforward and can be completed by an active DIY homeowner. If you just have to replace some drywall or plaster, or have to repaint your ceiling, you could save hundreds by doing it yourself. Given the task, little risk is involved, both to yourself or your ceiling.

On the other hand, if you found a leak or a foundation issue, you need to call in the pros. As we said earlier, water and foundation issues get worse with time. Given their severity, they need to be addressed and fixed ASAP. If you delay these repairs, your final invoice will go up. 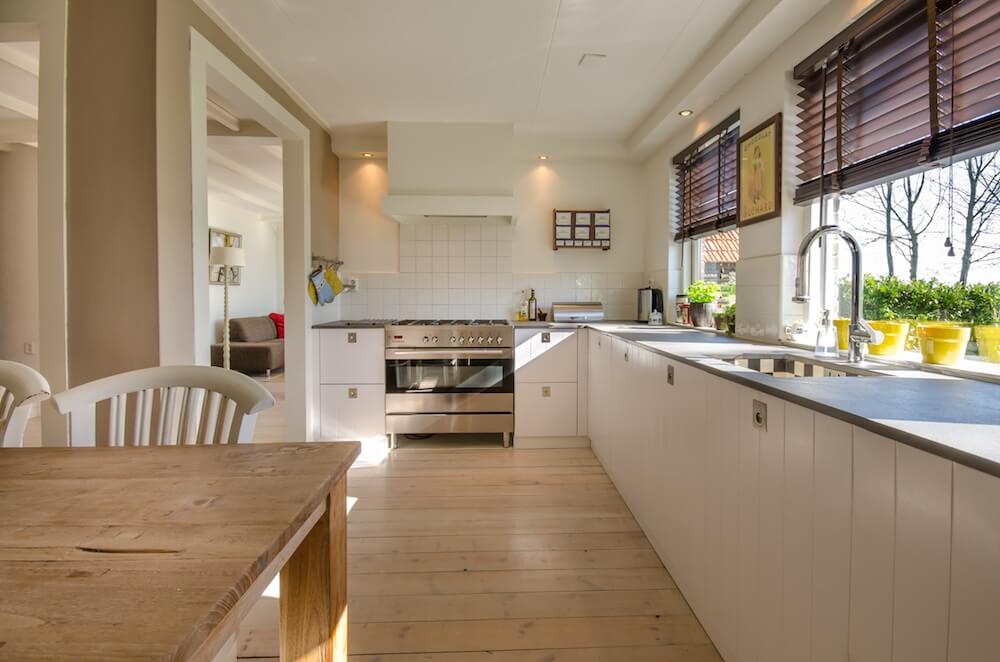 We may not notice them as much, but ceilings occasionally need repairs. Given the wide range of issues and types, their average repair cost will vary.

If you need help with your ceiling repair project and want the most accurate quote, ImproveNet can help. Let us help you find reliable ceiling contractors in your town!