Most homeowners spend between $2,991 to $3,953 nationally.
Get free estimates from local contractors who can Install Egress Window. 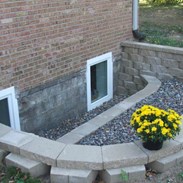 When most people plan out a home remodeling project, they think about beauty, function and adding value to their homes. However, safety is equally important. Egress windows actually do all these things, serving as a way to add warmth and light to a room while also acting as a critical safety function that increases a home's value as well as provides a way out of it in case of an emergency.

Installing egress windows often isn’t a choice, but a necessity. Therefore, the cost of installing an egress window must factor into any addition or renovation project, including those that occur in a basement. If you need an egress window, ImproveNet can help you find a local window pro with our simple lead form.

How do we get this data? This info is based on 157 cost profiles, as reported by ImproveNet members.

The cost to install this critical home safety feature can vary from as little as a few hundred to several thousand dollars. The cost of the window is one important factor, with low-end windows costing only $200 - $300, whereas high-end, larger windows cost almost $1,000 apiece. Hiring a pro will obviously increase these costs, too. Additional requirements such as excavation for a basement window and the addition of a casement and stairs will also increase costs substantially, by $1,000 or more. All told, on average, homeowners report paying approximately $2,300 for the installation of egress windows. 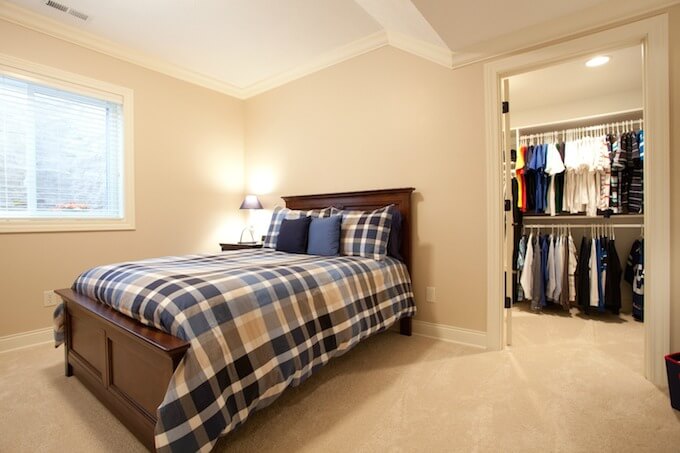 There are several factors unique to each home that affect the final cost of installing egress windows, just like any window installation project. Understanding these impacts is important in budgeting for this element of a building or renovation project:

A 30-inch, sliding-glass egress window costs just a few hundred dollars, whereas a swing-in window may be double that. High-end windows with energy-saving features also cost more than their single-paned counterparts, but save money long term by reducing utility costs.

Egress windows in a first- or second-floor bedroom are easy to install, particularly if there’s already a non-egress window in the space. Many homeowners may even be able to do this as a DIY project. However, basement-level windows have additional requirements, including adequate room outside the window, and they require special sealing to prevent moisture from seeping inside, which increases the time and costs associated with installation.

The initial installation of basement egress windows requires excavation, grading and drainage systems to create a safe space outside the window but below ground level for easy entry and exit. Additional equipment, labor and even engineering may add to these costs.

What Is An Egress Window?

The term "egress" literally means "to escape" or "a path out," and this is the primary function of the egress windows in any home. Though each municipality has its own building codes and exemptions when it comes to egress window placement, the general standard is to place a properly sized egress window in any space that serves as sleeping quarters. However, many contractors advise homeowners building new to also place egress windows in any area that could serve as a sleeping space in the future, including basements and attics. Egress windows serve critical safety functions in these rooms, allowing entry for emergency workers and offering clear exits to inhabitants.

In addition to the safety benefits they provide, egress windows also offer a variety of benefits in terms of style, function and value. Egress windows in critical areas such as living rooms, basements and attics make homes more conducive to remodeling at a later date because there’s no need to add them to bring the space up to code.

In basements, the large size requirements for egress windows ensure that light and air come into the space, making it seem more open and habitable. Finally, because they’re available in a variety of colors, sizes and styles, egress windows are easy to incorporate into an overall home design scheme.

Once installed, there are very few disadvantages to egress windows. However, the installation of egress windows can be a cost burden in some older homes, requiring excavation and consideration for factors such as gas and electric lines.

Another cost factor is the professional installation needed for certain egress window applications. Unlike normal windows, DIYers aren’t usually able to safely install egress windows into basements unless another window is already in place. Sealing, proper grading and drainage are all major concerns that, if not adequately addressed, would fail code standards or even damage the home’s foundation over time.

Each state, county or municipal government has its own requirements for egress window placement. However, there are some broad standards developed by the International Residential Code (IRC), which are a good place to start. They state all egress windows must have:

In addition to the window itself, the space outside a basement egress window must meet particular requirements. This includes a minimum of nice square feet of clear space surrounding it, with a 36-inch minimum projection and steps or a ladder leading to the window. All egress windows must also be operational from the inside and can’t require the use of tools or keys to open. Homeowners can add bars or grates surrounding egress windows, but they, too, must operate without the need for tools or keys.

In consideration of style and aesthetic, two different types of windows can serve as egress windows in a home if they conform to the standards outlined above and any local ordinances.

This is the most popular type of window used to meet egress standards. Offering users a no-frills operation that mimics a door, there’s no mistaking this window as a clear path for exiting.

Mounted on tracks or runners, sliding windows operate as their name implies, allowing users to open half the length of the window at one time. Slider egress windows must be a minimum of 48 inches across.

How to Install Egress Windows

The installation of an egress window is possible as a DIY project, but for those without the tools, the time or the desire to undertake such a meticulous task, hiring a pro is easy. Start the process today using our free portal. We’ll put you in touch with contractors in your area who can provide additional advice and bids on egress window installation projects.