Most homeowners spend between $594 to $973 nationally.
Get free estimates from local contractors who can Repair Carpentry Framing. 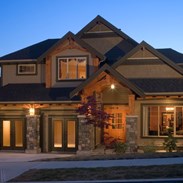 Most homes are framed with timber during the construction phase. It is rare for a home to need a carpentry repair on a timber frame, but sometimes, this need does arise. A flood, damage from termites and other structural issues might require carpentry repair. The cost of a timber framing repair will depend on the extent of the wood damage, whether or not the house needs to be raised in order to complete the repair, and whether additional work such as plumbing, electrical or drywall is needed.

How do we get this data? This info is based on 1431 cost profiles, as reported by ImproveNet members.

The average cost that homeowners paid to repair carpentry framing was $283. Most homeowners spent between $240 and $326 to repair their timber framing. At the low end, homeowners reported spending $110 for a timber framing repair while the maximum spent on such a project was $510. Most of these repairs can be handled by a licensed carpenter; for extensive work, a general contractor and structural engineer might need to be called in to conduct assessments and inspections.

It may seem like a lot, but it's much cheaper than repairing steal beams (alternative).

Floor joists, girders or sills are among the timber framing components that might require repair. In most cases, only the damaged portion of the timber framing will need to be removed and replaced with new timber. However, if an entire beam or several beams are damaged, more extensive carpentry work may be needed. Replacement of numerous beams or a large area of the sill might necessitate raising the house with jacks while the work is done. This will add to the project cost and timeline. Both the cost of wood and the cost of labor tend to fluctuate, especially right after natural disasters like a landfall from a hurricane or flood damage.

If termites have caused damage, then pest control will be needed to prevent further property destruction. If a flood was the cause, additional remediation may be needed. If the soil underneath the home has settled and caused damage to the frame, slabjacking or piering of the foundation may be required in order to prevent future wood-framing damage. Foundation and wood sealing can help guard against future framing problems.