How Much Does A Steam Shower Cost?

Clean or Pump Out Septic Tank, Within 1 week, Single family house or condo

Plumbing for a remodel or addition - Install, Single family house or condo

How Much Does A Steam Shower Cost?

In many ways, a steam shower looks like any other traditional shower, but a tight seal and a vapor generator create a steamy, luxurious environment for all. A steam shower combines the function of a shower, with the benefits and comfort of a sauna. However, steam showers do not come without installation costs. See what goes into the average steam shower cost below.

Once you're ready to install, use ImproveNet to find reliable plumbers to install your steam shower.

Most steam shower costs range between $1,500 and $6,200. Please note that this steam shower price does not include installation. Unless you’re quite handy, you will have to hire a plumber, tile and/or shower contractor to actually install your brand new steam shower.

Of course, you do have a few different steaming options, which do come in at different price points:

Steam shower costs above only incorporate materials and do not include professional installation. Your labor cost to install a steam shower will largely depend on the type your heart desires.

In terms of actual installation, the basic labor to install a steam shower requires the assembly and mount of the steam shower unit. Then, they will connect the existing plumbing supply and drain lines from the shower. Basic labor will include planning, equipment needed, area preparation, setup and cleanup. 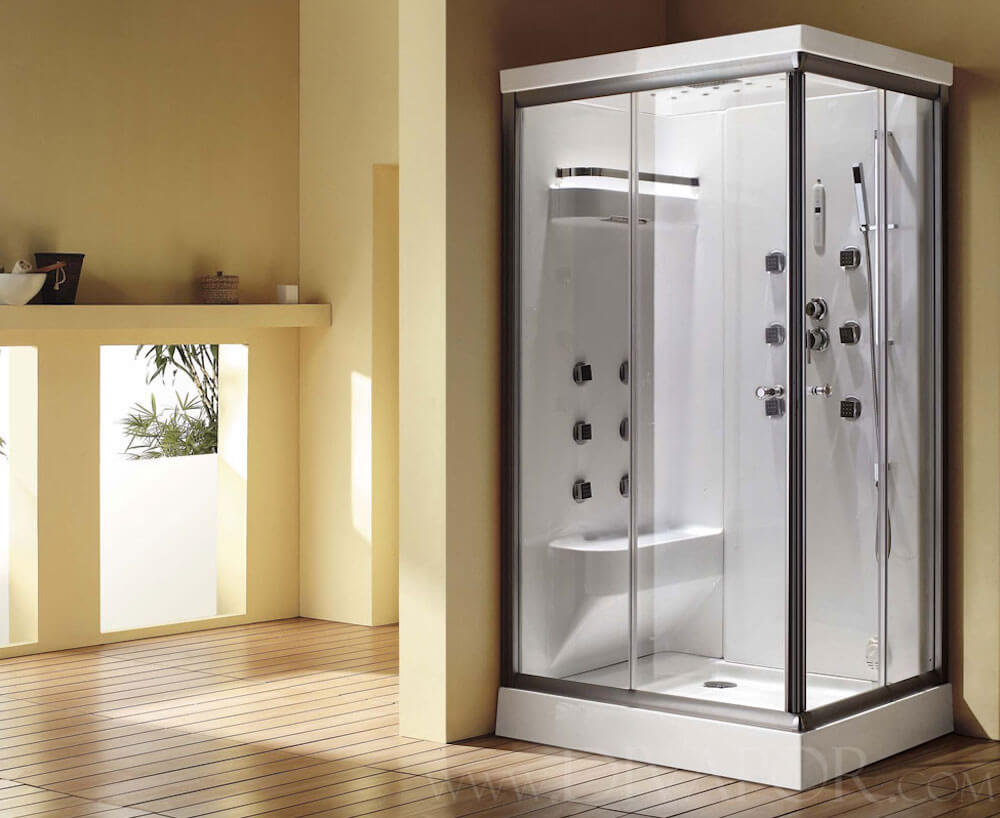 Factors That Can Increase The Cost Of A Steam Shower

Beyond the type of steam shower you install, there are a number of different factors that can increase or decrease the cost of installing a steam shower in your home. Size, materials, the addition of a seat, a remote control, lighting and music will all add to the basic cost, but DIY installation can bring that number down significantly.

The biggest determining factor when it comes to the price of a steam shower is its size. Steam showers are available in various sizes, and the larger versions tend to be the most expensive. This is especially true for those who require high-end materials to build the shower. Ceramic and porcelain tiles are among the cheapest materials for the shower stall construction, but natural stones like marble will bring with them a larger expense.

Potential upgrades that can improve the value and look of a steam shower are wonderful, but homeowners should be realistic about how these upgrades raise the cost of steam showers. If money is less of a concern, some incredible additions are:

What Is A Steam Shower?

Steam showers work just like a sauna at your gym. A steam generator is placed as close to the bathroom as possible. The cold water in the steam generator is heated to a boiling point and that steam is sent into the shower. A remote lets you control the temperature, along with other features such as lighting and music.

Some people may assume this adds a lot more water usage, but in fact, it’s quite the opposite. Steam showers use up a very small percentage of water compared to traditional showers. A 20-minute steam shower only uses two gallons of water!

Fortunately, you have a few different options when it comes to steam showers. Of course, all brands come with different features and price points. To better prepare you for your steam shower search, consider the following steam shower brands:

Even if you don’t use your new steam shower as much as you planned, you will still get your money’s worth when it comes time to sell. According to numerous real estate agents, steam showers and home spas are sought after, and if a master bathroom does not have a steam shower, many homeowners add one once they’re all moved in. 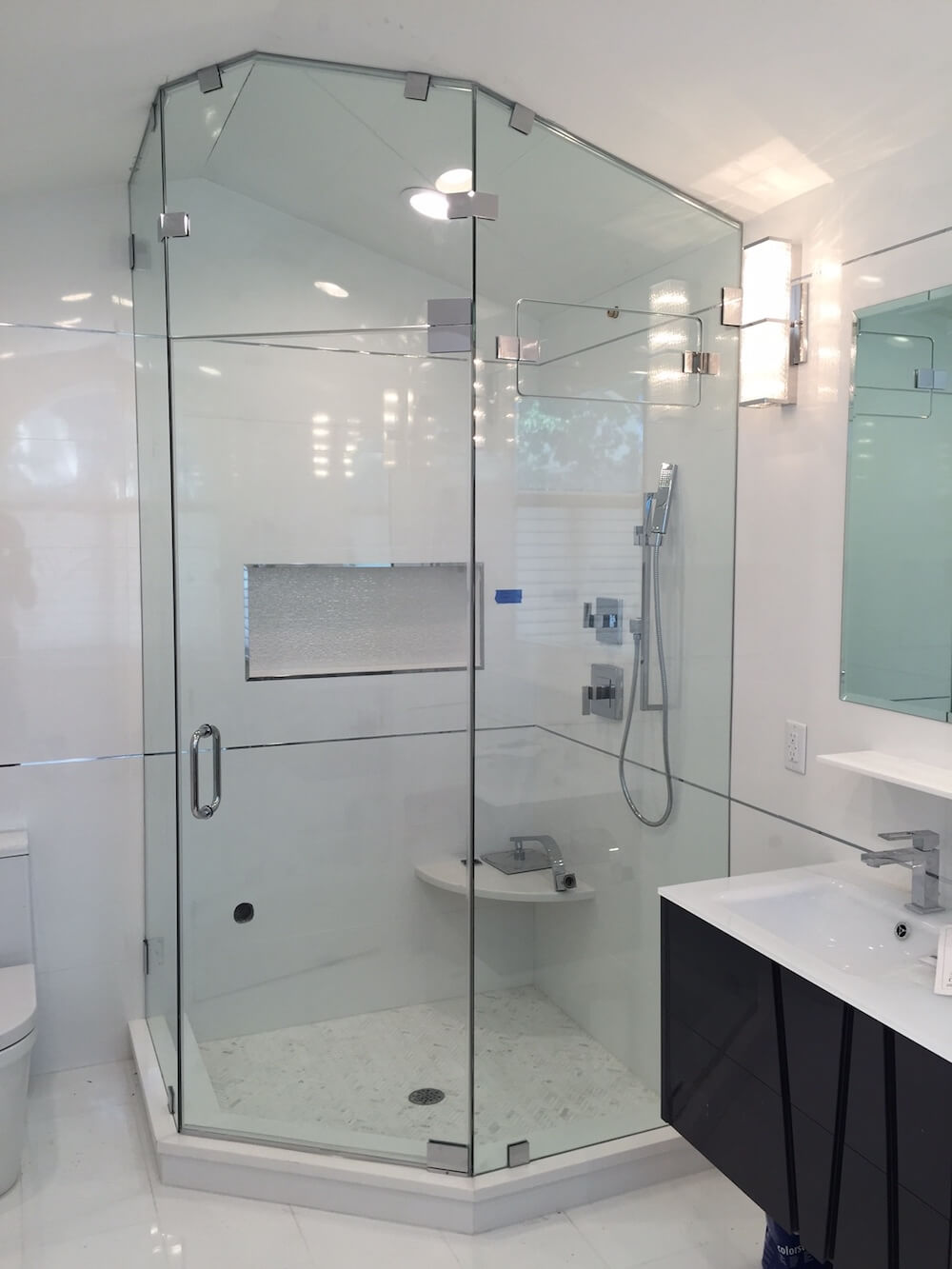 Cost To Update An Existing Shower Vs. Installing A New Steam Shower

Just some of the factors that need to be considered when upgrading to a steam shower in a bathroom remodel include:

A DIY steam shower is another popular option if you want to add this luxury into your home but need to stick to a tighter budget. DIY kits are easy to install and cost anywhere from $800 to $1,200, depending on the size and materials used. A kit does require a plumber and electrician to connect the generator, piping and control system.

After a long day, there are few things more enjoyable than unwinding in a cloud of warm steam. As you can see from the benefits below, steam showers are worth the money:

A steam shower can transform an ordinary bathroom into an oasis, and many people find that they’re able to increase the value of their home with this single improvement. 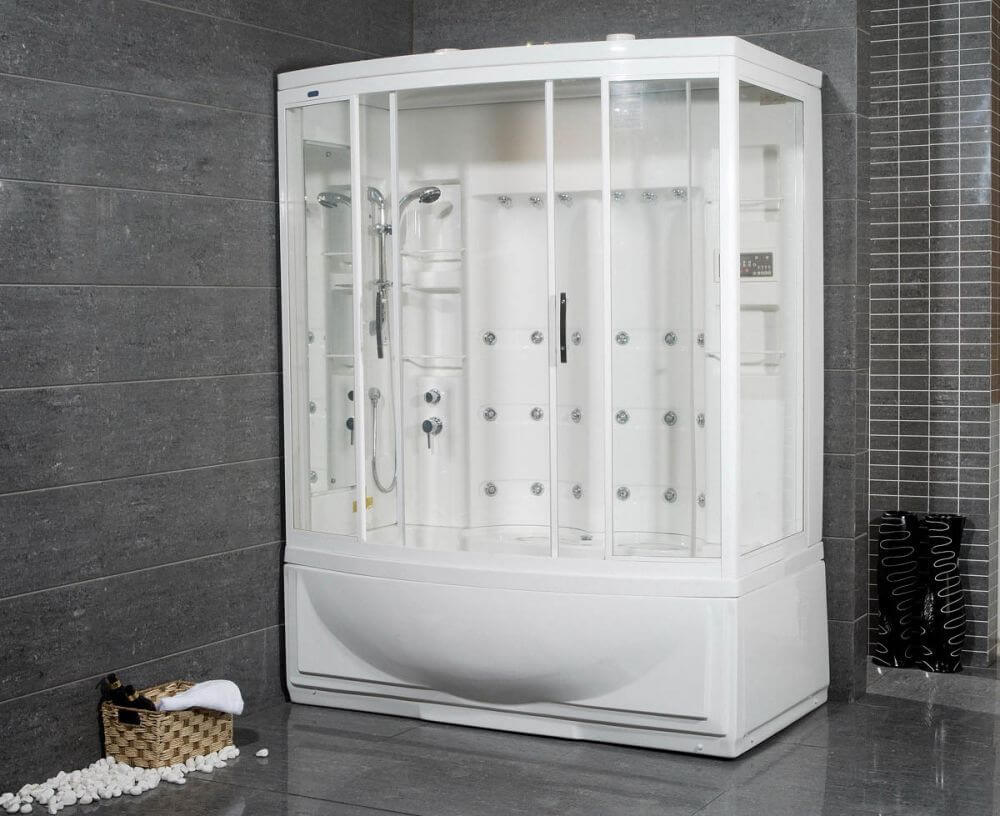 While steam showers certainly have their perks, they also bring with them a few disadvantages. The primary drawbacks of steam showers include:

Finally, there are some restrictions on who can use steam showers safely. Some doctors recommend that pregnant women, those with heart disease and those with high blood pressure avoid steam showers.

The average homeowner won't want to tackle the installation of a steam shower on their own, since the process can be lengthy and requires a number of tools. In most cases, hiring a professional for the job will be a better choice.

Typically, the installation of an average steam shower can be done in a single day, but that timeframe will be extended for customized showers that need to have individual tiles installed at the same time.

Finally, be prepared for installation to extend outside of just the bathroom, as there will be plumbing and electric that runs to the generator stored nearby in a bedroom, linen closet or storage area.

There are plenty of benefits to adding a steam shower to your home. Whether it’s for personal health or bumping up your home’s ROI, a steam shower is a great investment for you and your family!

Let ImproveNet help you connect with a local plumber today to get your steam shower project started!